Back to some relatively higher mountains, if only in altitude, after a great week in Lofoten a few weeks ago. I saw this mountain driving back from a litte session of splitboarding at the end of last year (click here) and made plans to hit it before the road closed and access was denied but unfortunately the road closed and I was beaten to it. Funnily enough, Trond who I had hooked up with on a failed mission in Frudalen wanted to hit this one too, so we made plans as soon as the road opened…..which was this weekend!

And the weather is still really hot. I don’t know what the ambient temperature was during the day but 10 to 15 degrees didn’t seem too far off the mark. And the night time temps were around 0 to -5. Needless to say, the freeze-thaw cycle was in full effect and there was definitely no need for early starts. The snow was bullet hard until mid day. 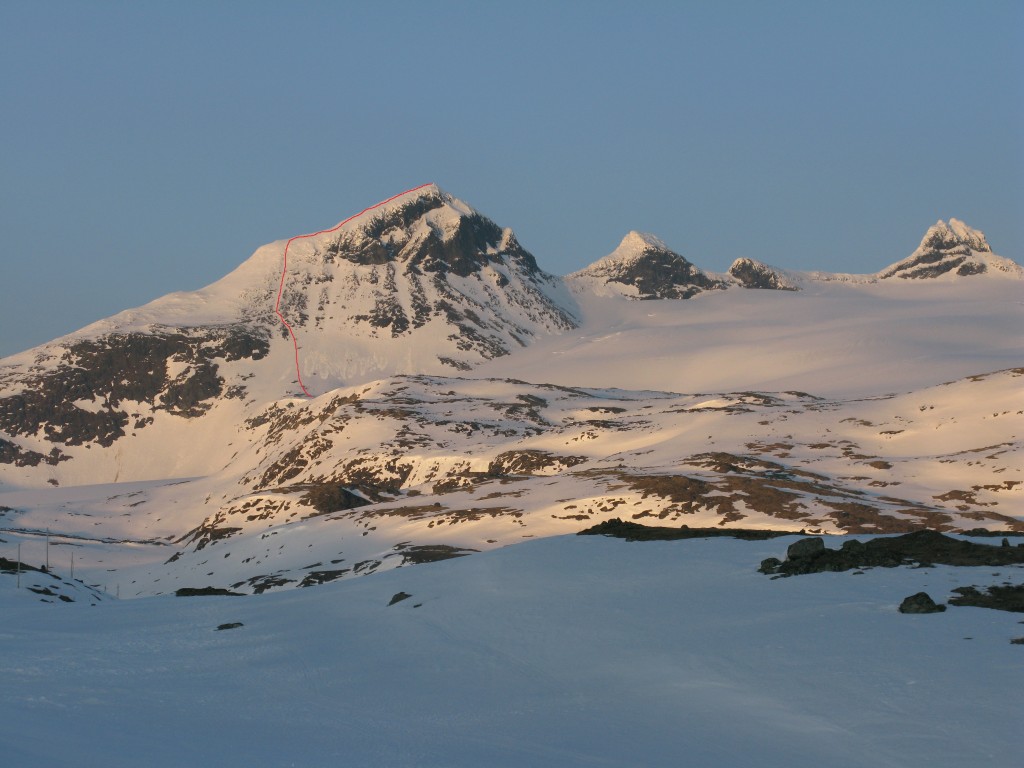 This run is west facing, so it was a good job we waited as late as we did. We set off around 12.00 and were on the summit for around 16.00, enough time for the snow to soften up. I didn’t take too many pics on this trip but have borrowed a few from Trond. To be honest, the hike up is not really very noteworthy.

The tour starts at Krossbu Hotel and makes its way up gently for the first 500m taking a route which goes looker’s left of the mountain and is very obvious. The last 550m gets steeper and we bootpacked all the way up the ridge to the summit. The snow was very firm the whole way up. 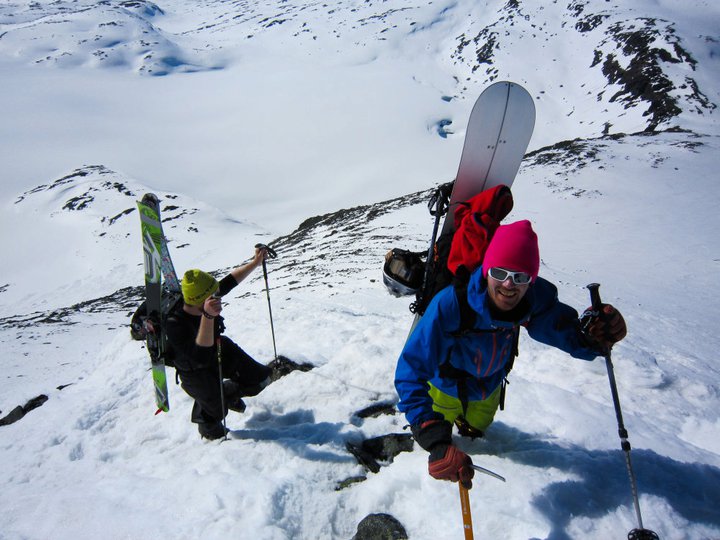 Trond on the way up. Picture courtesy of Gunnar 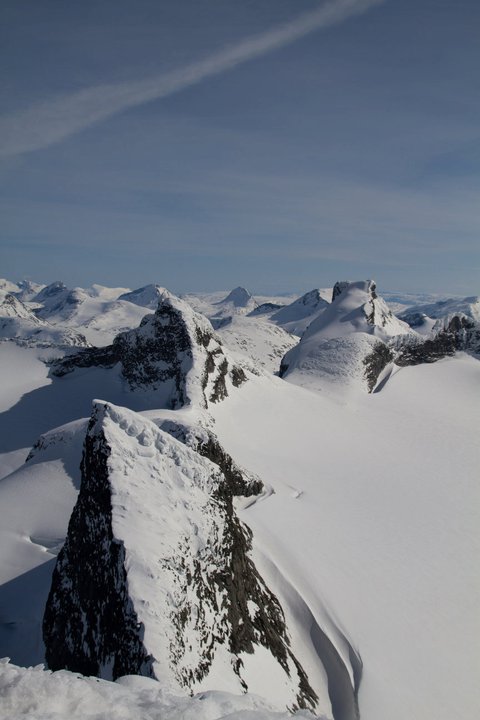 Views from the summit looking south. Picture courtesy of Trond

Finding the entrance to the couloir is pretty okay but you need to get a good fix on it on the way up. The actual couloir itself is around 40 degrees and pretty narrow in the beginning before widening out again. You have to navigate your way through some stones towards the end and then just peg it across the glacier to get back to Krossbu. Keeping speed, I managed to get most of the way back to the car without having to take the board off. As little walking as possible please

And that’s that. Not much else to report on this one. We took a very leisurely 5hrs up and down with about 1.5hrs break along the way. Total up from the car was 1050m. And that is probably my last tour for the season unfortunately.

Not sure what to make of it to be honest. This is my second season away from the mountains on a permanent basis since 2003 and it’s been hard. There’ve been long periods of nothing and mediocrity in terms of boarding and life’s just too short for mediocrity. I’ve struggled to find a ski buddy with a similar background and experience in ski mountaineering and who’s on the same page. Maybe I’ve been spoilt by fantastic ski buddies during my time in Chamonix or maybe there are just so many more in places like Chamonix than in places like Oslo….

Let’s see what happens next season. One things for sure is it can’t be a repeat of this one.