It’s been a while since the last proper post and there’s a reason for that……. Conditions haven’t quite been shaping up as had been hoped. After a few good “lucky” tours in October and November, conditions seem to have deteriorated. There was the trip to Gaustatoppen a couple of weeks ago, only to find there wasn’t enough snow. And then there was the trip to ski Salen in the Frudalen valley near Sogndal this weekend.

I’d been trying to meet up with Trond who got in touch with me on this blog and things came together this weekend. In fact, Trond had had a really good session in this area only a couple of weeks previously, so revisiting the area was the natural thing to do. 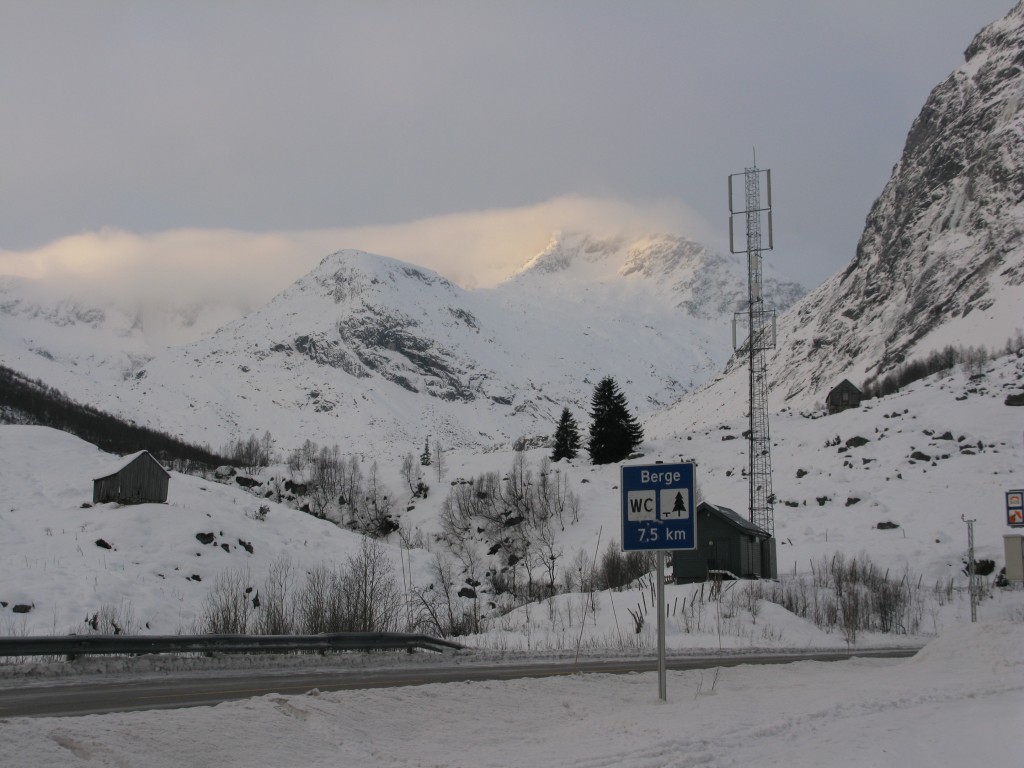 Salen (the highest peak in the middle)

We headed over from Hemsedal with a friend of mine from Oslo towards Sogndal via the ferry and then on to Frudalen on road Nr. 5. The picture above is taken from the small car park before the road enters the tunnel where we left the car.  There’s about a 3km relatively flat approach on skis and you start at around 550m with the peak being at 1602m. A nice looking tour for sure and snow cover was pretty good. But that wasn’t the problem…. it was the snow itself. It was either completely windblown and like polystyrene or completely rotten. Skinning up in split mode was a challenge to say the least….either trying to get an edge or even make an impression on the wind packed snow or unable to make a skin track on the rotten snow which just fell away along with you on the steeper sections.

It’s been unseasonably cold over most of Norway for the last month or so (around -20 in the interior of Southern Norway) and the snow pack is not liking it one little bit, creating a lack of cohesion and bonding. Although I have to say, the snow on Salen seemed much more like it had been affected by milder temperatures and sun radiation and then refroze to form sugar snow. There was some pretty big surface hoar the day we were there and temps were around -4 at sea level. On all accounts, unless milder temperatures are on the cards for most areas of Norway, it’s not looking like a very safe base for the rest of the season. Fingers crossed things improve.

Needless to say, with conditions as they were and me having problems with the glue on my skins, we turned around before reaching the summit to ski down in flat light and renegotiate the long approach back to the car. I was in board mode for about 10% of the trip. Definitely a skier’s tour or great practice being in ski mode on the splitboard ;).

This entry was posted in Norway. Bookmark the permalink.