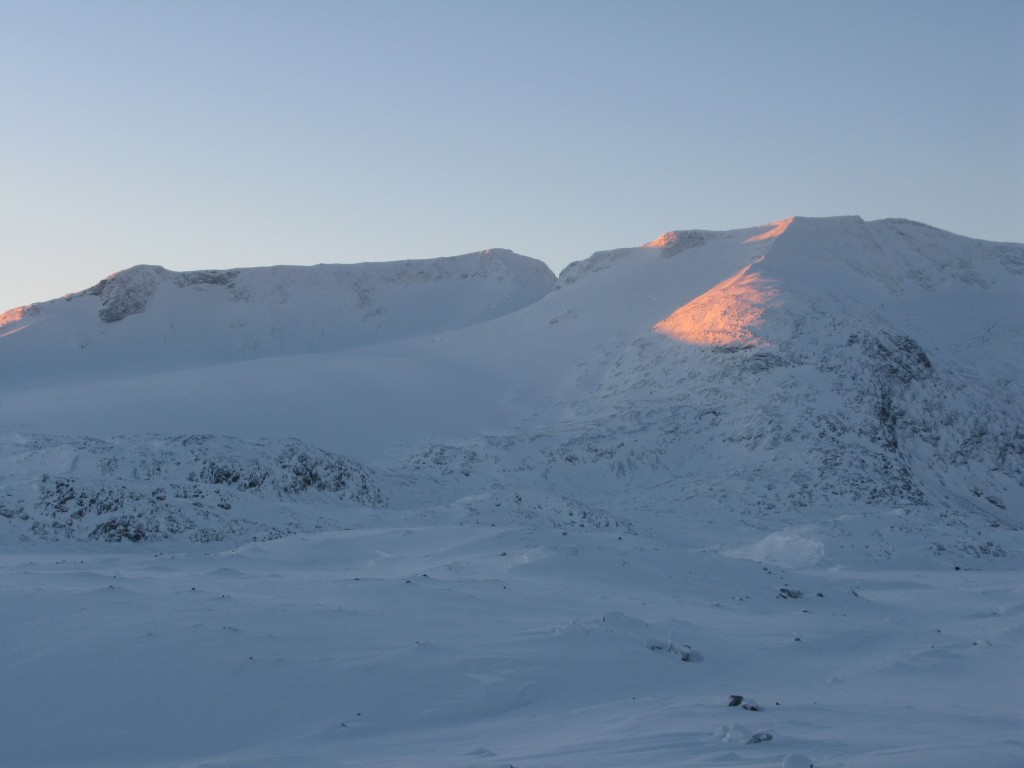 Either way, even if only in name, it does spice things up a little bit because I have been coming here a fair bit in the early season (5 days so far this season!). After the last trip out to the mountains in Frudalen and what I’ve been reading on some of the forums, I thought I would stick with what I know and what is sure to be a goer until conditions improve. The Fannaråk glacier has not let me down yet.

I didn’t have any one to play with this weekend, so it was going to be my first solo outing since I got frostbite on my toes last February. I decided to leave early on Saturday from Oslo (5.00 in the morning). First mistake. I should have left earlier. In fact, I should have left Friday! Then I came off the road between Lom and Otta. Second mistake. Luckily another driver was at hand to pull me out of the ditch and there was no damage to the car. All told I got to Steindalsnosi at 13.00, tired from the early start and from the driving conditions and stressing about getting there to have time to ski. Bearing in mind the sun sets around 15.30, I had driven 6hrs to rush up a mountain and be back at the car 2.5hrs later.  Hmmm…. Things were slightly off kilter…… So of course I rushed up the mountain to be back at the car again 2.5hrs later. Great. The wind was howling, I couldn’t make out the mountain from the road and it was snowing and I was running out of time. All highly motivating factors to draw me from the warmth of the car. But I had driven this far, God dammit. 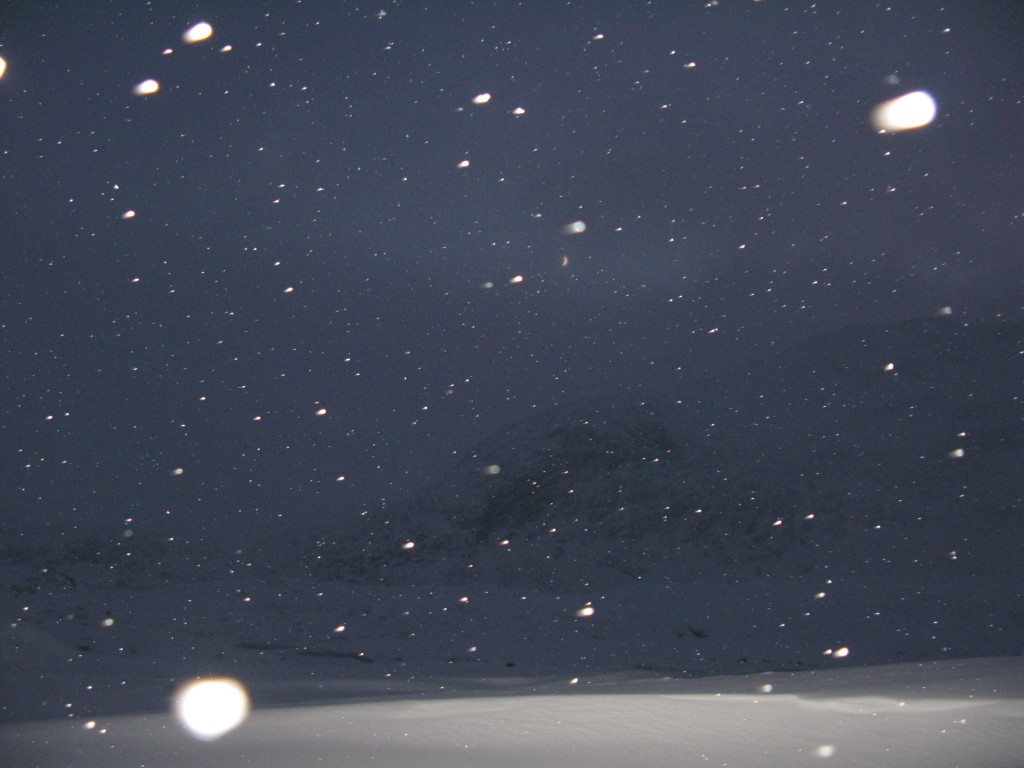 Back at the car. Steindalsnosi posing majestically!

Needless to say, there wasn’t another soul around (and rightly so!). Thankfully, this is not a very long tour anyway, so I was through the approach and most of the way up (I didn’t bother summiting) in around 1hr and 40mins to get back down again and rush to the car.

There had been some new snow, so I was nervous before starting the climb until I had a chance to check it out. I took a conservative skin up and dug a quick 5-min snow pit down 70cm or so. I could see that there had been about 15cm of new snow (in the process of becoming wind packed but nice and sticky and compressed). I was curious to see whether the rime snow from Frudalen was present here too and sure enough the new snow was sitting on top of the rime. It did have some cohesion though but it was there. Make of that what you will.

On all accounts, if tomorrow was going to be a repeat of today, my mind was already back in Oslo enjoying a relaxing Sunday.  I drove back towards Lom, stopping where they close the road for the night and pitched the tent. My new sleeping bag did what it said on the tin and kept me nice and snug in -10. Encouraging for future projects.

The weather the next day was just perfect. Not a cloud in the sky and very little wind. 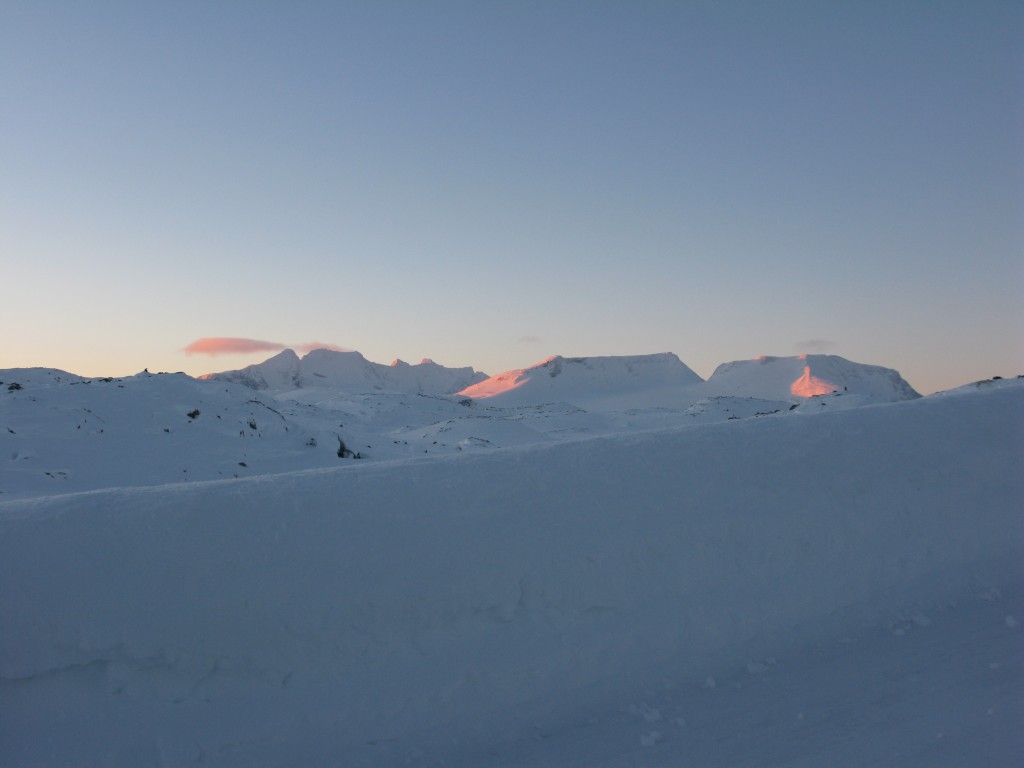 Okay, so there was one cloud in the sky. Fanaråkbreen far right.

After lots of faffing and melting snow to get water for the day, I was ready to hit the glacier again. Off at 11.00 and back down again by 15.00. That’s a bit more like it. I did two runs up for a total of 1,400m vertical gain. Again I stopped around 20m from the summit. The snow on the upper section was not very good, solid wind buff in places and sastrugi formations on skier’s left. Much better on the lower section, wind blown but creamy. Good for charging. And I got some nice views: 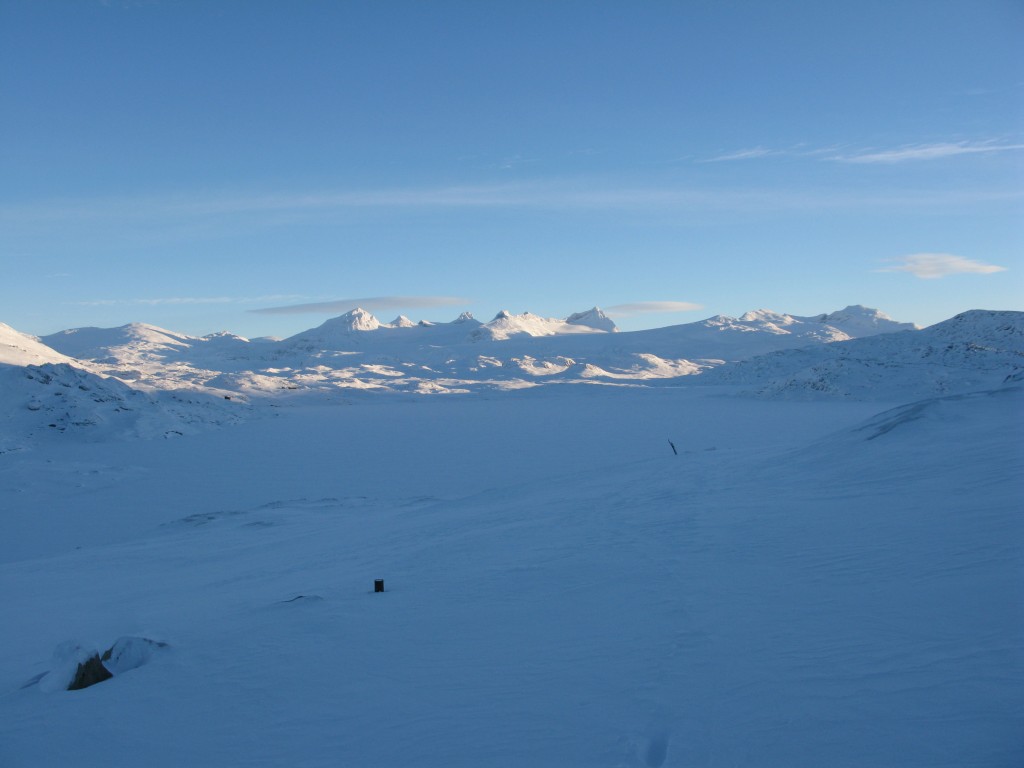 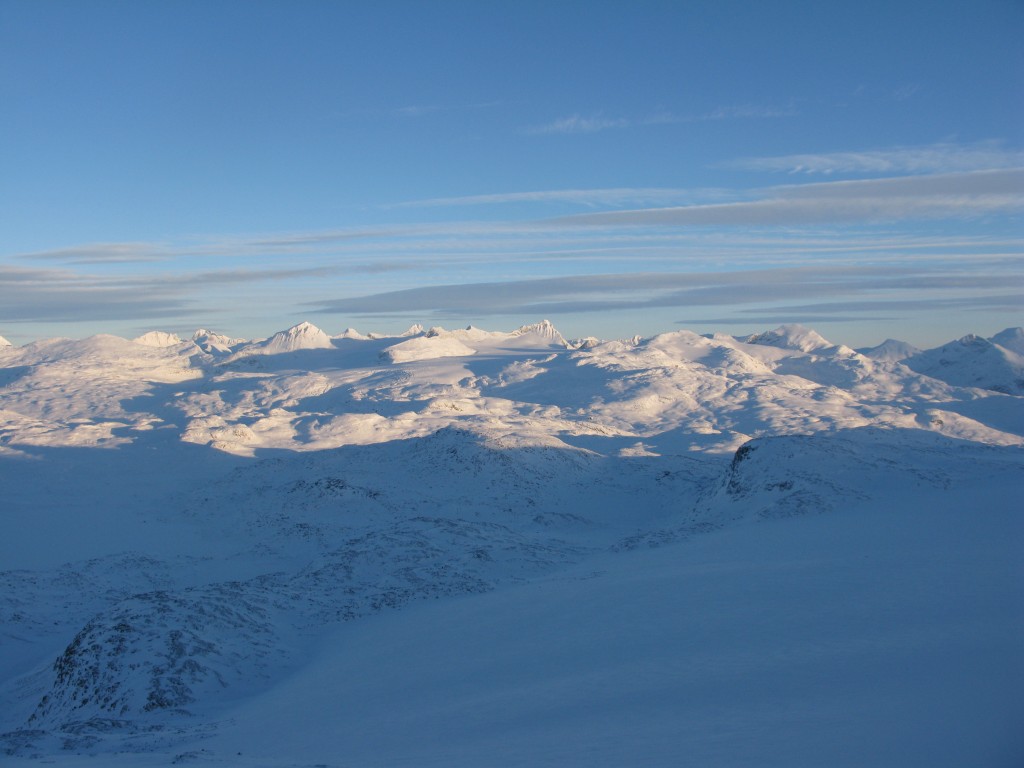 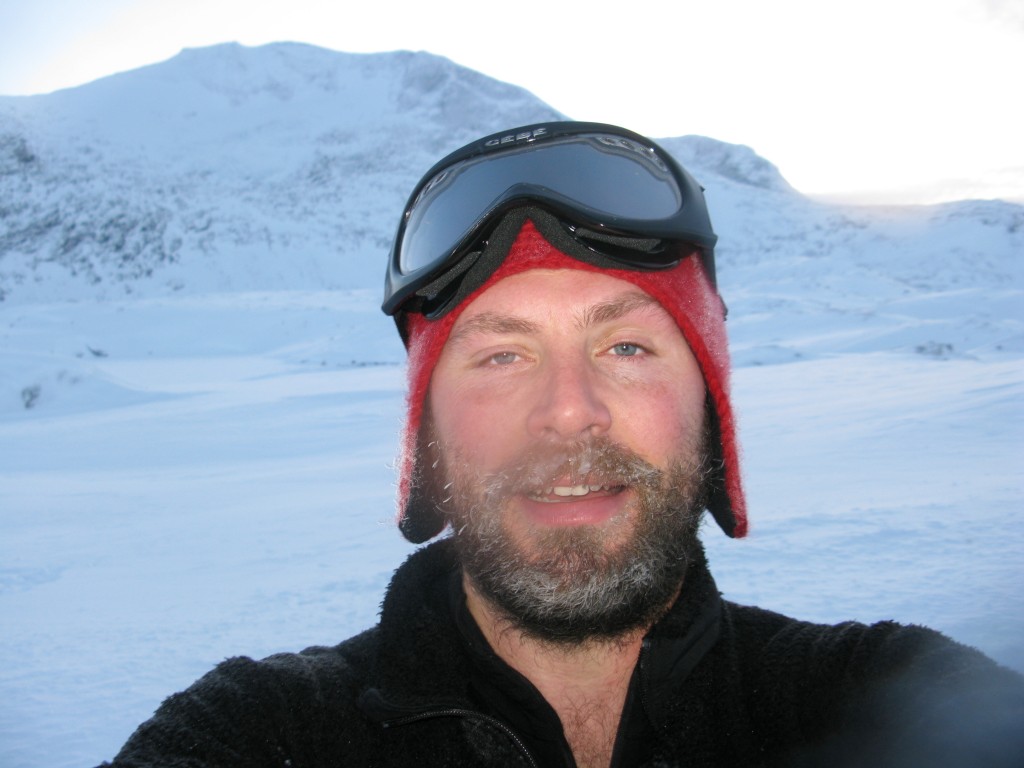