Or at least that’s what I called it.

This little mountain is right on the doorstep to Leknes and you can see it from the parking lot of the shopping centre. It’s pretty much West-North-West facing. The couloir on Bulitinden originally caught my eye and I tried to get up there with Angelita the previous day but we chose an inefficient route with lots of bushwhacking through thick trees. When we got to the face, it hadn’t quite thawed AND I started climing the wrong couloir!

So back to the drawing board….. and up Guratinden first instead. Way better route and it starts close to the road to Sennesvik and you can come back out to the same place to pick the car up too. Sweet! 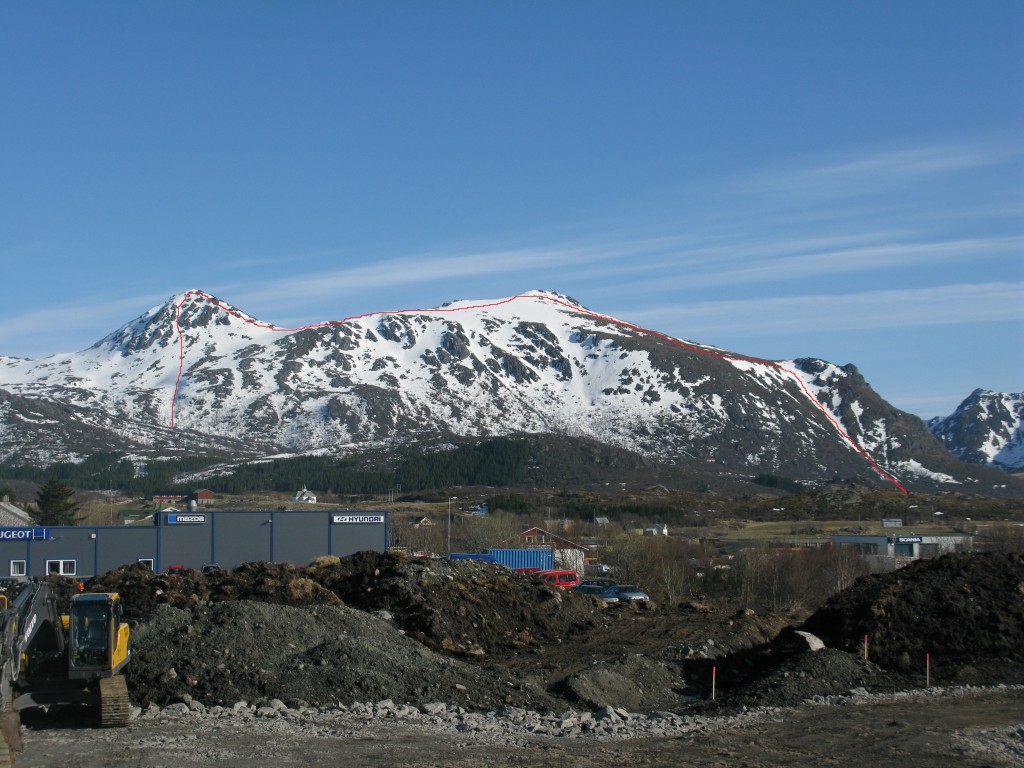 I took this one solo and bootpacked up the couloir due to the spring corn but you can probably skin up with better snow earlier in the year. Once you’re out, you’ve gained around 400m, so most of the climb is already done. Then it’s just a traverse over to Bulitinden. I didn’t get the skins out once for this trip. Guratinden was a bit patchy on the snow front to be honest. Although, I have to say, if this mountain had more snow on it and it was earlier in the season, I would have felt very exposed on the top and probably not made a bee-line for it’s summit. Moss bed surface and a big open expanse of convex snow. 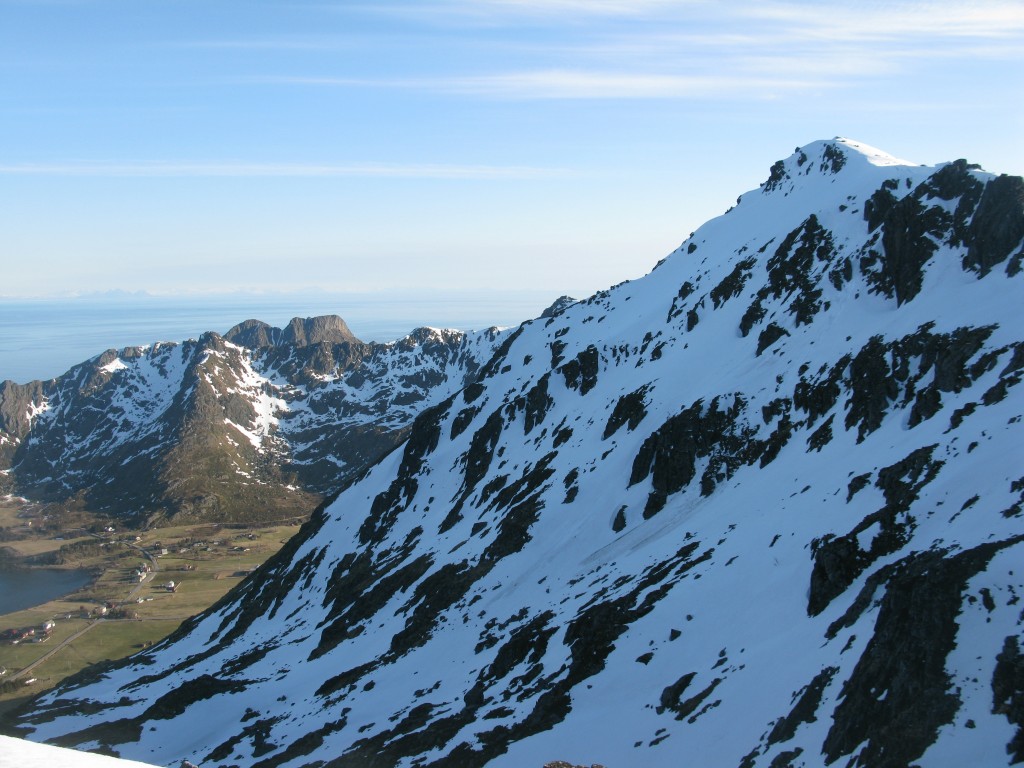 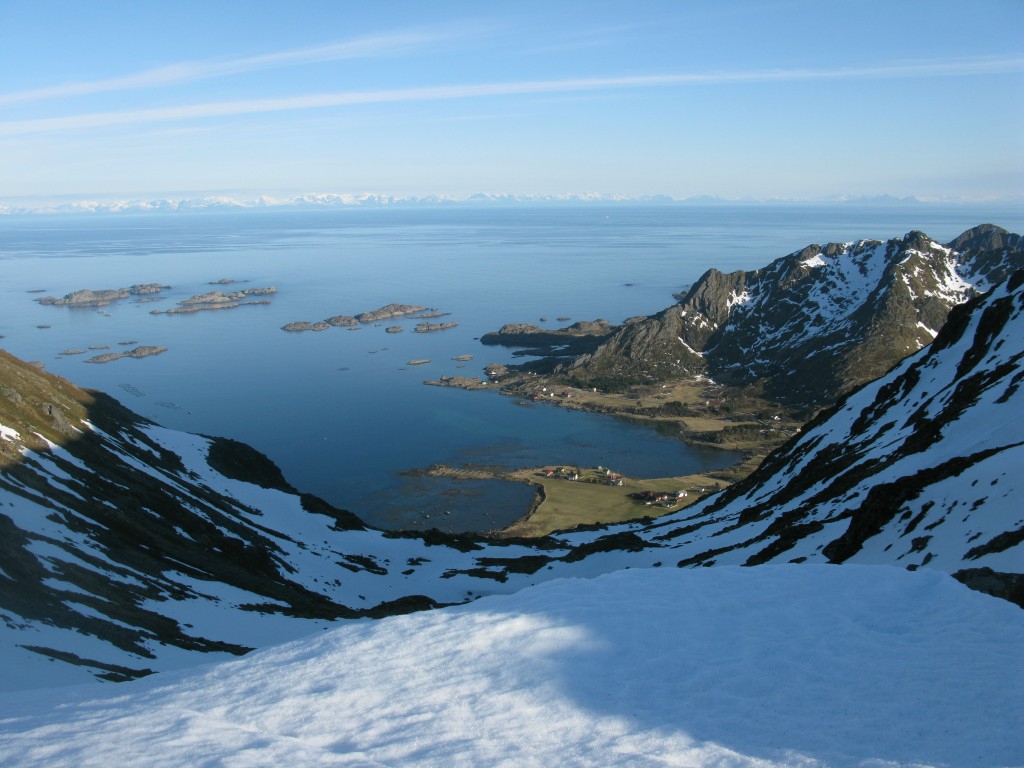 It’s straight-forward to get across to Bulitinden from Guratinden. Finding the couloir entrance on Bulitinden, on the other hand, wasn’t. There are three possible entrances (only two of which went) and there is a big roll-over and the mountain just falls away. I knew the couloir went from the summit but you always have your doubts and I didn’t fancy getting cliffed-out. Luckily, I had the option of calling a friend, in this case, Angelita! Unfortunately for me, she couldn’t see me through the binoculars, so I took the plunge and got it right (take the entrance from the summit). The couloir was steeper than I thought, around 45 degrees and around 250m long, west facing and nice and soft snow in the evening sun. 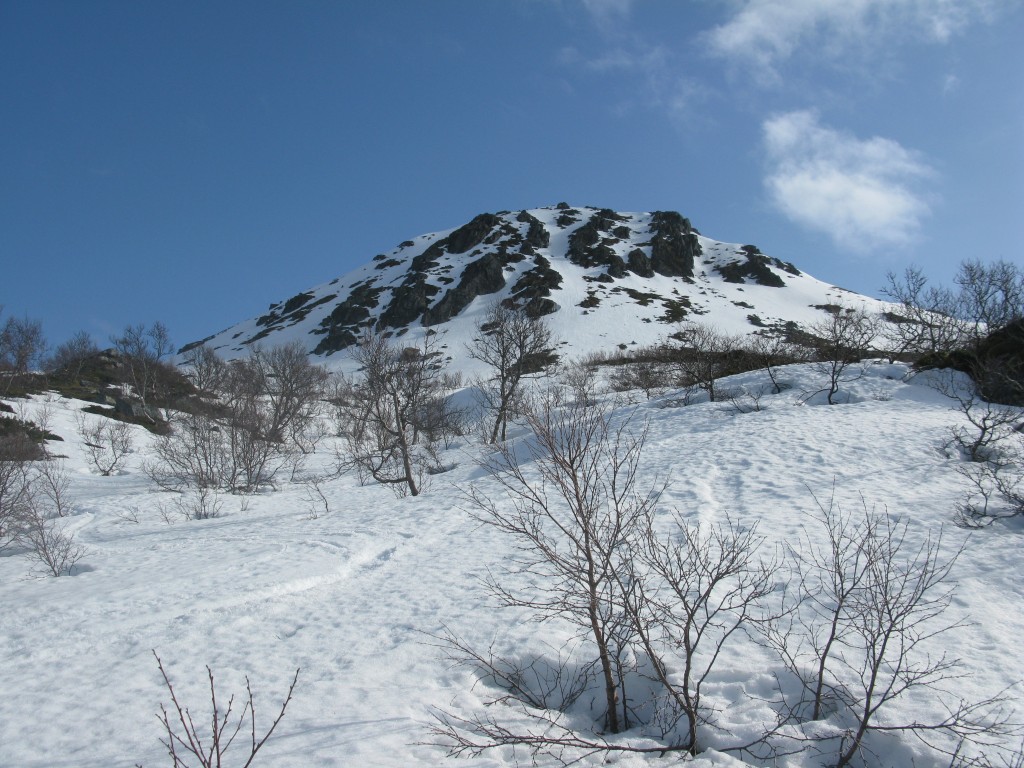 Looking back up the couloir on Bulitinden 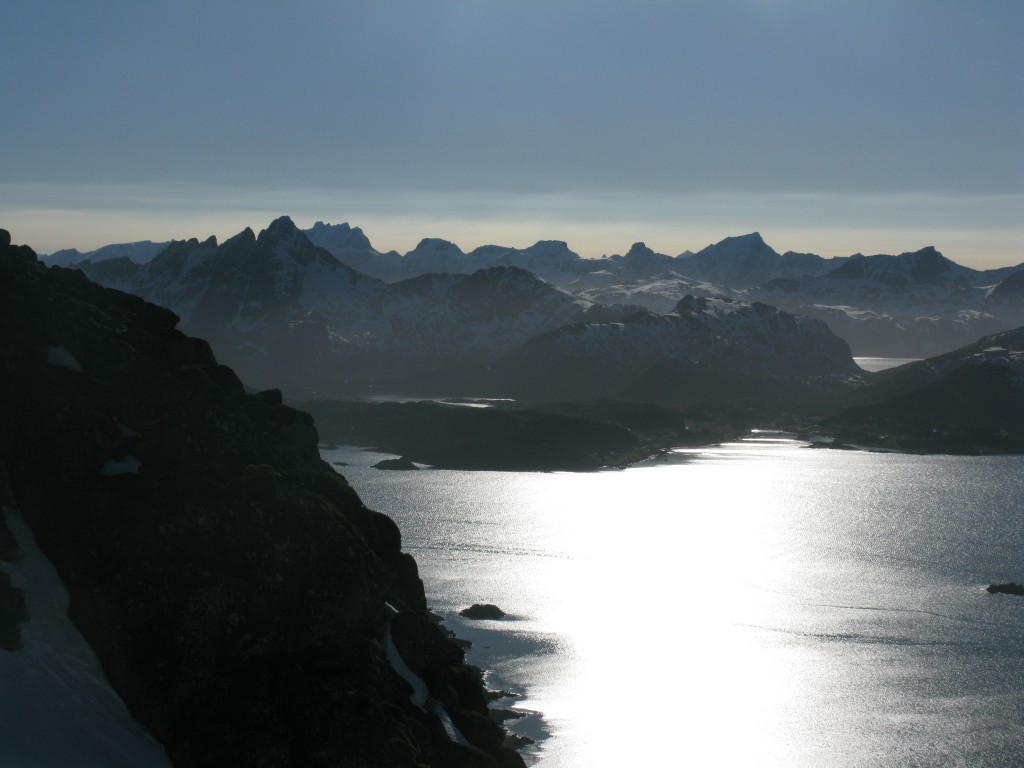 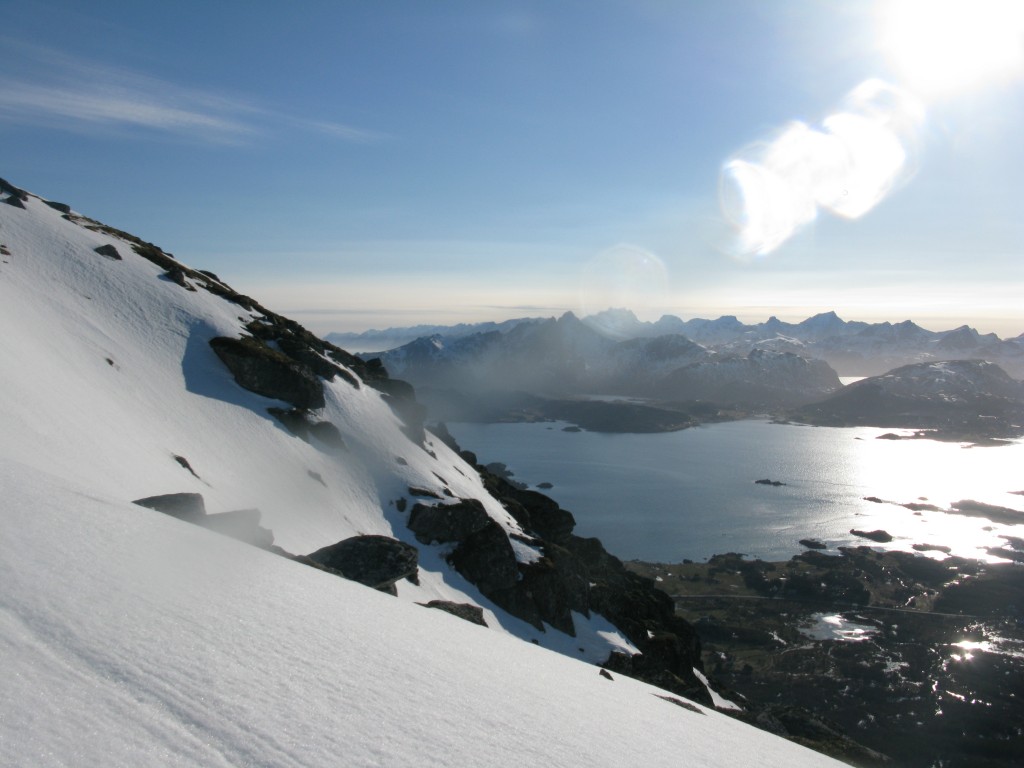 There’s not a lot of skiing to be had on this to be honest but the weather was great and it was just great to be out. Once you come out of the couloir, you want to try and stay in the most immediate little valley and ski down as far as you can (no real obvious way to describe it). There was a fair amount of bushwhaking the way I went but I followed one of the streams and came out at a wide path which took me all the way back to where the car was parked. No fuss at all.

The whole tour took 2.5hrs (incl. 30mins break) and was around 650m vertical gain. With more snow, you could probably speed up the exit some too.

Nice tour and it you don’t like the couloir on Bulitinden, you can just ski down from the col.