I hate to repeat myself but once again we went to bed to clear skies and woke up to clear skies and the snow fairies had once again been with about 10cm of new snow. And if you want any new snow on semi-solid rain affected snow, this is the type of snow you want. Nice and wet and sticky. Perfect!

Considering we’ve now had two days of new snow (around 20cm accumulated) on top of a hard rained on layer, we wanted to just take a nice cruisy tour today and see what the lay of the land was. So we headed over to Middagstinden on Flagstad island. This picture is taken from Ramberg.

This tour is the epitomy of cruise. I’m guessing it’s around 30 degrees and perfect for some nice big turns. Unfortunately, it is on the short side at around 550m vertical gain, so we were up in around an hour and down again in a few minutes. But they were a very fun few minutes!

The tour starts at Bergland where you can park the car. The snow cover left a little bit to be desired on the way up. 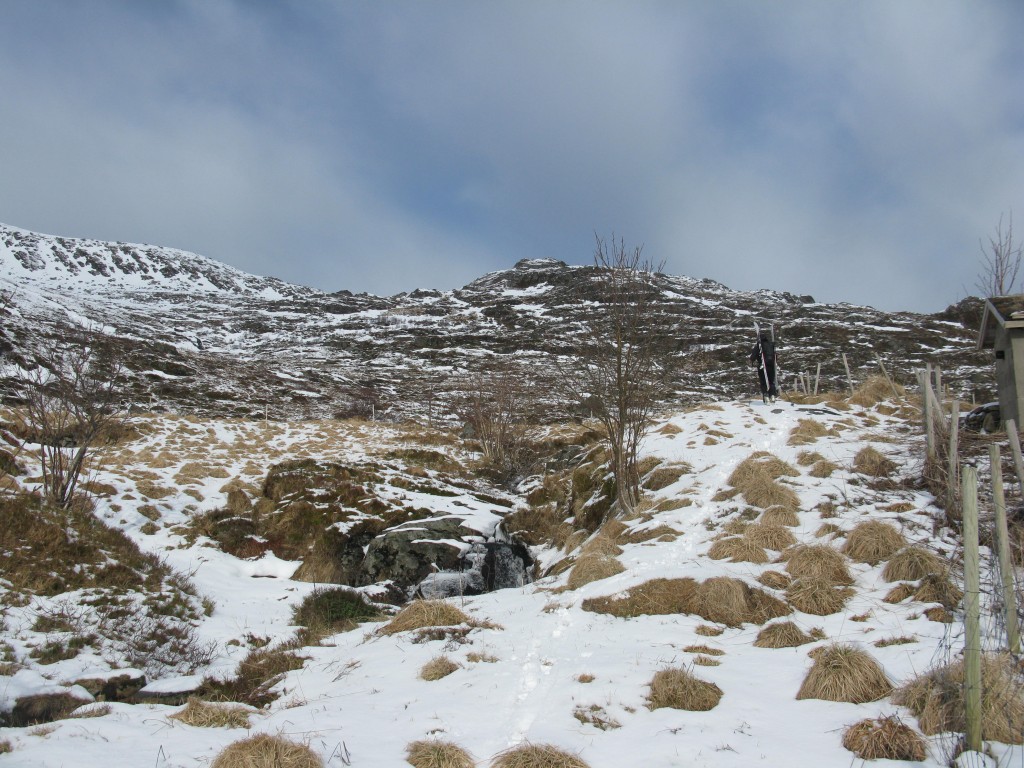 We ended up boot packing the whole way up even though you could have skinned after the  initial first few hundred metres. The rain layer was still there but the new snow seems to have bonded well to it and should only get better over the next couple of days. 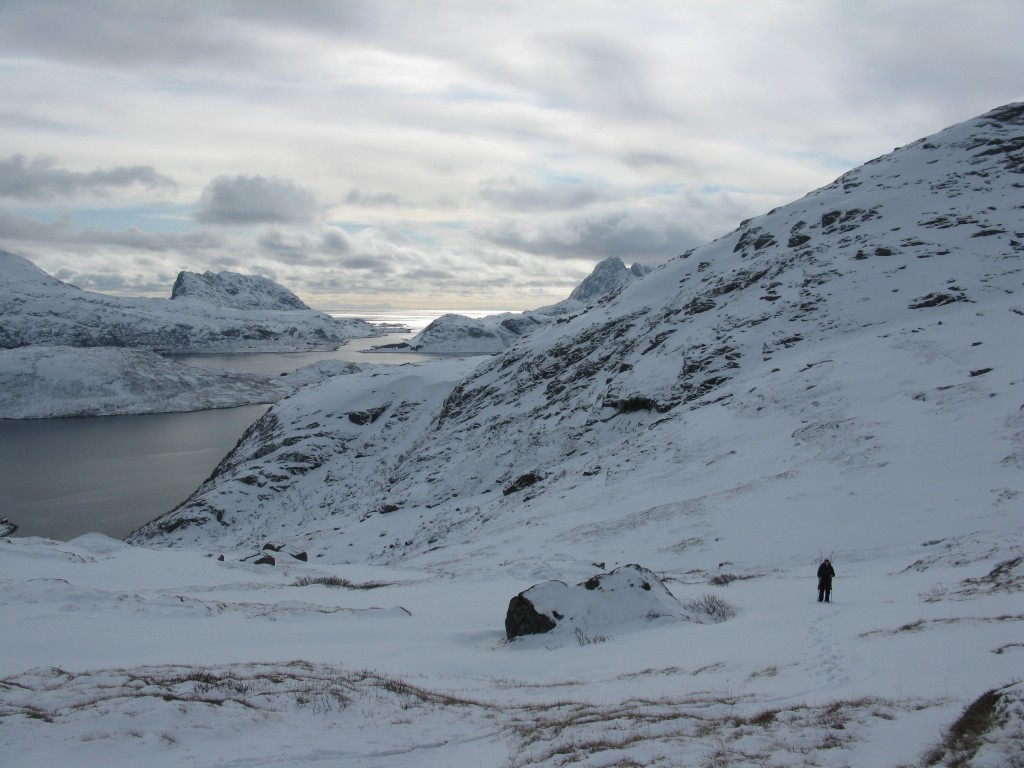 Once we reached the top, it is basically just one big snow field at around 30 degrees. I had a good old charge. Conditions were really good but the hard rain affected layer is lurking if you make too big turns. 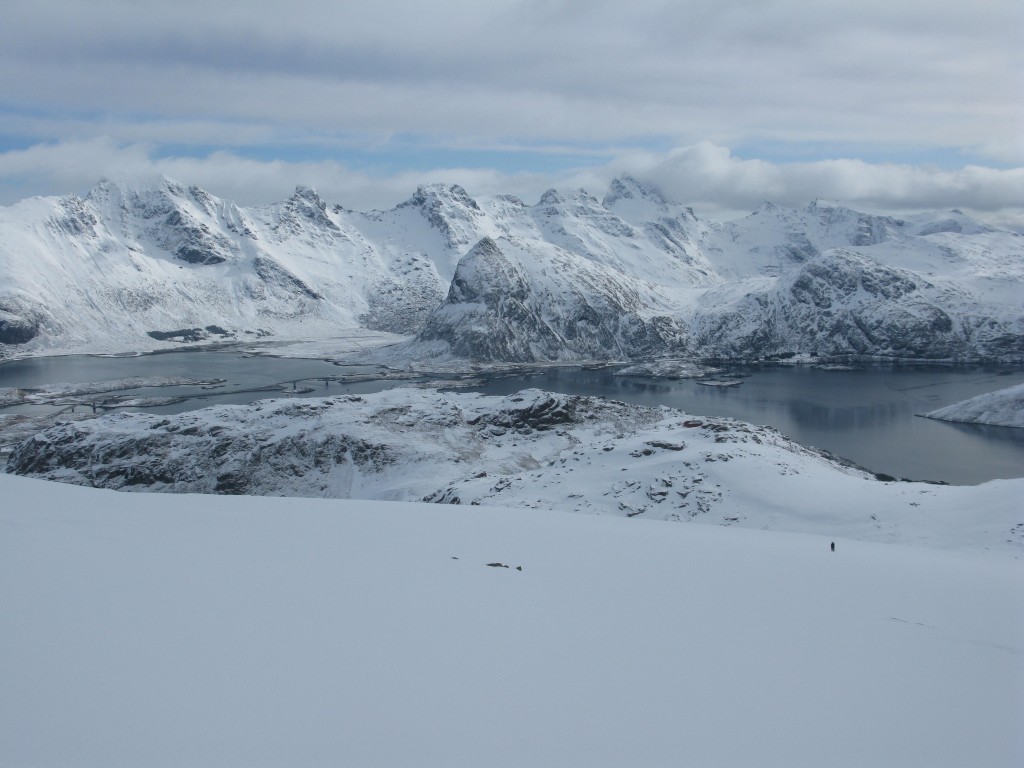 Luca is arriving tomorrow, so excited to see what mischief we can get up to!