Day two of a little trip to the mountains…….

We spent the night in the small village (if you can call a smattering of houses a village) at the foot of the road which leads up to the summer ski resort of Juvass. I tried out my new Mountain Hardware EV 2 tent. And I have to say, I liked it a lot. Self-standing, very few pegs to the ground, no guy lines, easy to set up, small foot-print and still long enough for me. Oh and light.

Come the morning, it seems I’d been pushing the limits of my 0 degree sleeping bag.  It must have been into the high minus single digits during the night and the tent was covered in ice, inside and out when I got up. Note to self…remember to bring a sponge next time for when it melts and wets my down bag ;).

So, after a pretty late start we headed up to the resort to gain a few hundred metres courtesy of their lift before the skin over to Galdhøppigen. Galdhøpiggen is in fact the highest mountain in Norway (2469m), surrounded by glacier. We were really lucky with the conditions. 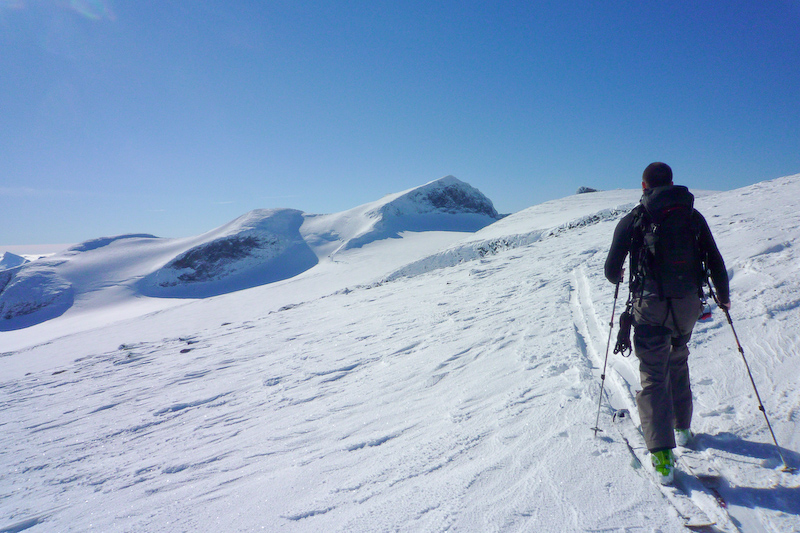 It was a blue bird day…… we had fresh snow and were the only ones to venture up there on our skis. Although it is the highest peak in Norway, that’s really where the superlatives stop. The acutual mountain itself is nothing remarkable and the easiest ascent is up the ridge to the summit. We had harnesses and rope for crossing the glacier from Juvass but ended up not needing it due to the tried and tested motorway made by all the guided groups. We had intended skiing a few hundred metres down to the hump next to the Galdhøpiggen (the sub-peak in the picture above) and then skiing that face, navigating a few crevasses at the exit. The line looked good but with a bit of local knowledge from a guide, we found out that the latest snow was the first snow of the summer and there was a chance the crevasses weren’t very well filled in. There would have been a long walk back out across some heavily crevassed terrain, worst still walking parallel to them. We gave it a miss. 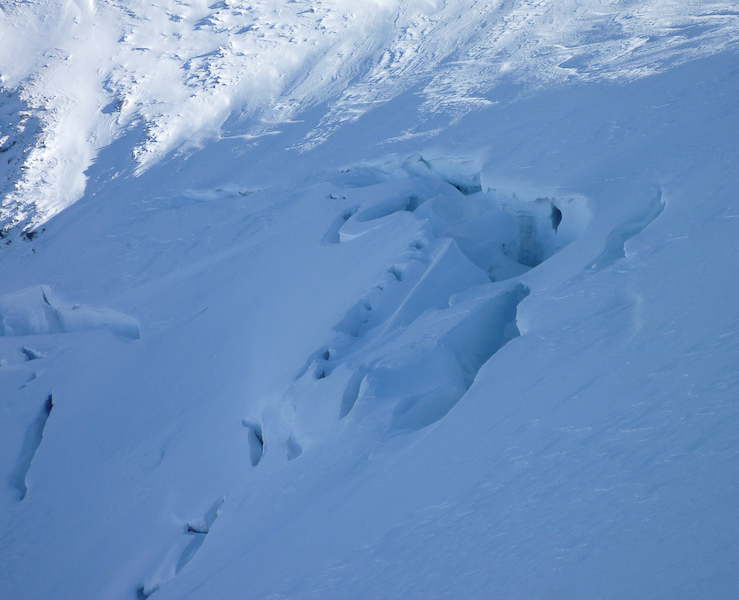 Exposed crevasse on the face of Galdhøppigen

Instead we just headed for the summit and decided to ski down the way we had come. Things went pretty smoothly the whole way and we were approaching the summit in no time. From the car to the summit took us around two hours (and cheating with the lift), with a small break thrown in for good measure. 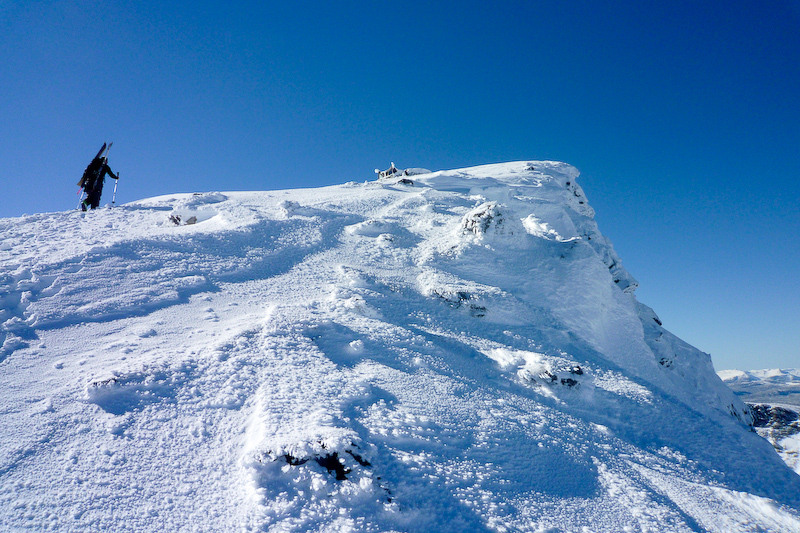 Metres from the summit of Galdhøppigen.

It does seem like quite a way when you first set out but the distance is quite misleading. We hung around on the summit for some time enjoying the little hut up there and the amazing weather/views. This peak is normally always covered in weather. 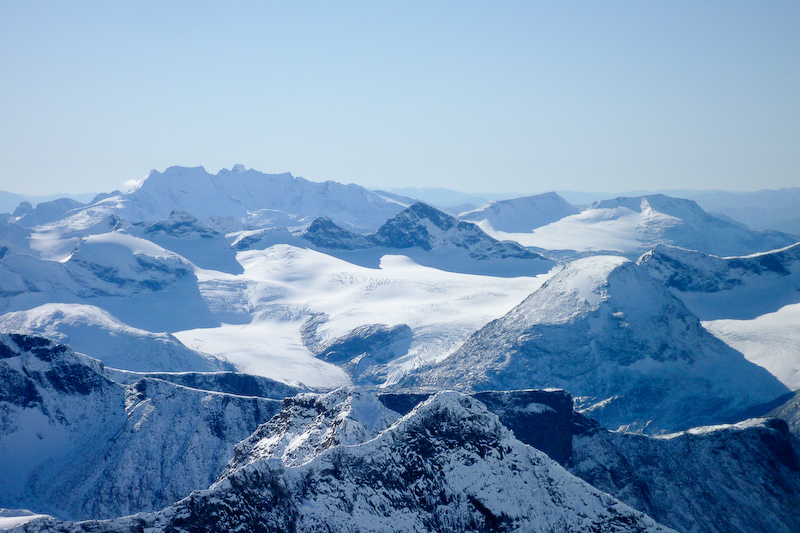 Views from Galdhøppigen towards great peaks in the Turtagrø area.

And then straped the board on and headed back down. I did find my fair share of death cookies on the way down to be honest and the base of my board had definitely seen better days by the end of the run. Time for a base grind anyway 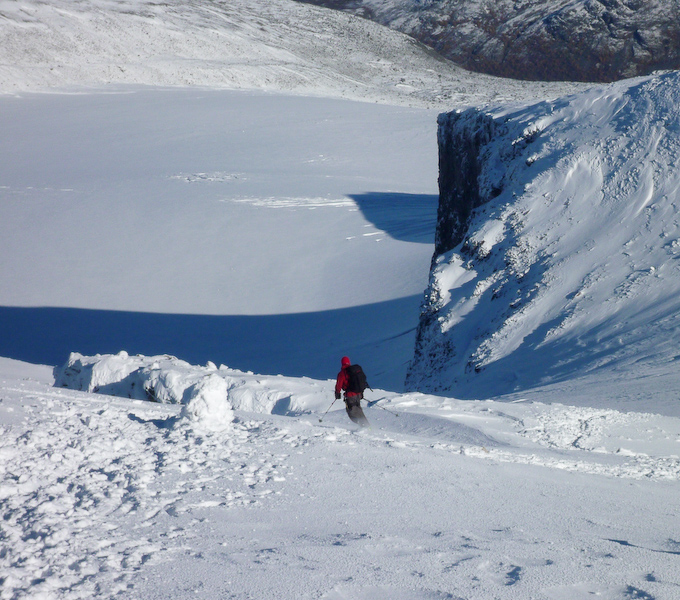 Me skiing down the ridge.

Lars managed to find some really nice powder! Powder in September!! What’s that all about? Cold smoke. 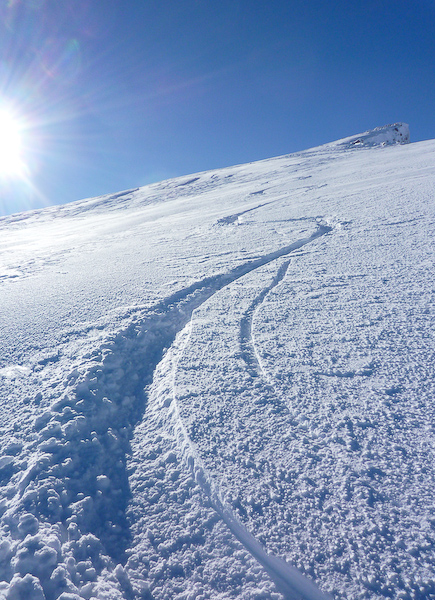 Powder snow in September on Galdhøppigen!

Another good day out and a nice easing into the new season. Not sure what the total vertical gain was. I didn’t use my watch but I’m guessing it was around 800-1000m given the time we took. You won’t get a lot of skiing on this peak but it is a great day out and I can now say I’ve summited Norway’s highest mountain. Wahoo!