At last we have a proper post! Snowboarding in September…..now that has to be a first for me. Last year my first turns were in October and that was a new record. In fact, they were on this very same mountain.

The weather has been getting very crisp of late in Oslo and it had actually snowed around 40cm in early September in the Sognefjellet Pass area in Jotunheimen, so we thought we would chance a little outing to the mountains and check out the lay of the land.

Steindalsnosi is as good a place as any to start the early season with a better snow gurantee than most places. It’s all glacial and consequently holds the snow well. We left Friday night from Oslo, breaking the journey up on the way and arrived in the morning the next day. (It’s normally around a 5.5hr drive from Oslo).

As we first caught sight of the mountain, things weren’t looking too promising….The snow line was around 1000m and patchy at best and there was a lot of crevassing visible on the lower section of the face. 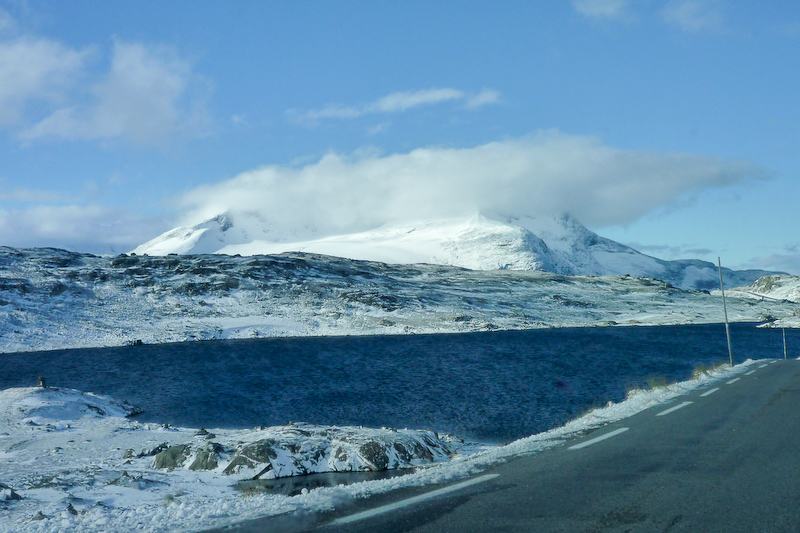 Steindalsnosi shrouded in cloud (taken from direction of Lom)

And it was cold! And windy! It’s pretty crazy to think it’s still September and the temperatures are comfortably in the minus, not including the wind chill. I definitely haven’t acquired my winter coat yet. I was cold! Winds were around 25kn and my board was behaving excellently as a sail. 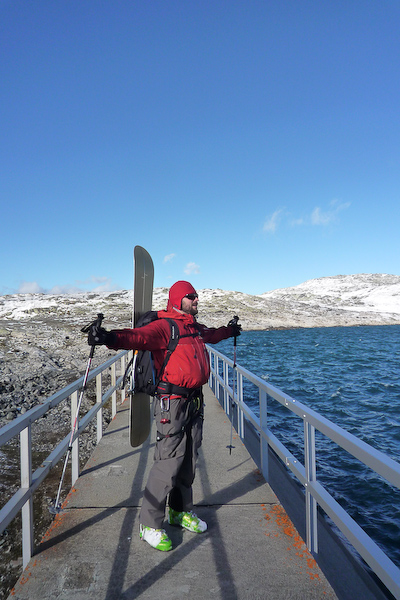 The snow cover was nowhere near what it was when we skied this mountain last year. We were admittedly one month early but walking over rock and scree for an hour in ski boots is never much fun. As we got closer to the glacier, the crevasses looked nowhere near as concerning as they had from a distance. Firstly, they were clearly visible and secondly they were small. No sweat. The only thing to investigate now was was there enough snow! 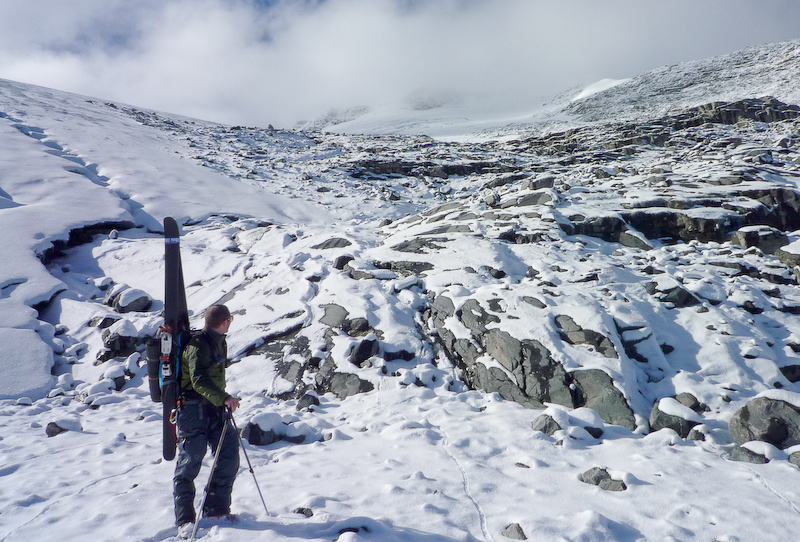 Lars-Thomas at the end of the scramble before the glacier proper.

It wasn’t exactly a resounding yes. There was about 6-7cm on glacial ice….dry and fluffy. Great for skiing but you could blow it off the ice like dust. We pushed on and found things a lot better the further we went. I had forgotten my skins, so would be boot-packing for most of the weekend. Nice work, Paul (The Adventures of a Bootpacker ;)) And my camera… So thanks to Lars-Thomas for the great photos! As we got further up the moutain, things closed in but the snow was good! Oh yeah! 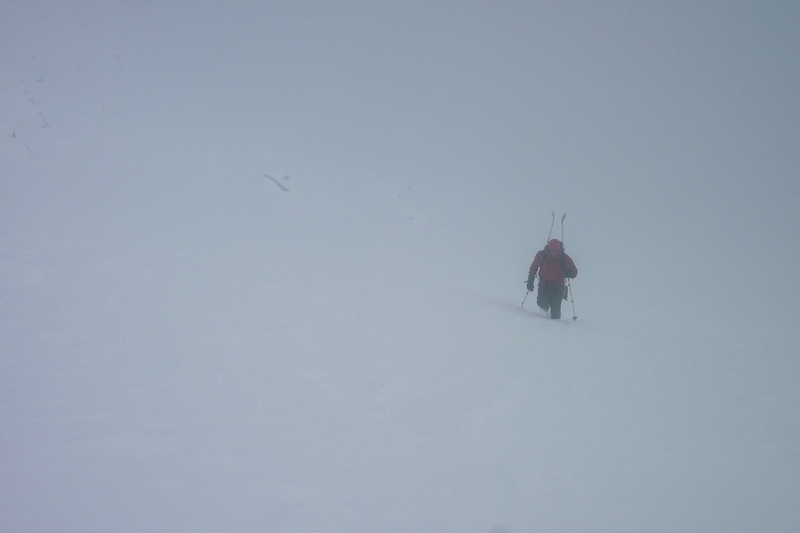 Approaching the summit in a whiteout.

The top half of the face was well filled in compared to the lower section which held windblown snow and exposed glaicer. So we skied the first half and then went up again for a second hit. 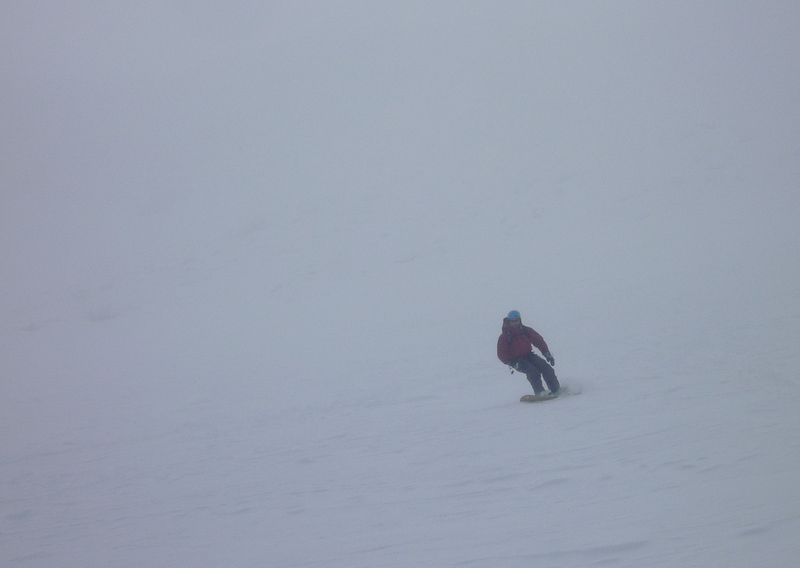 And on the way back down. 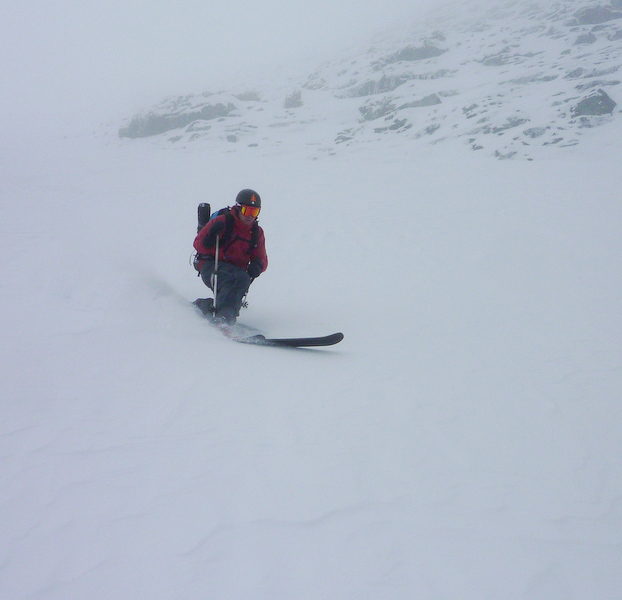 I had already set the boot pack, so it seemed a shame to waste it 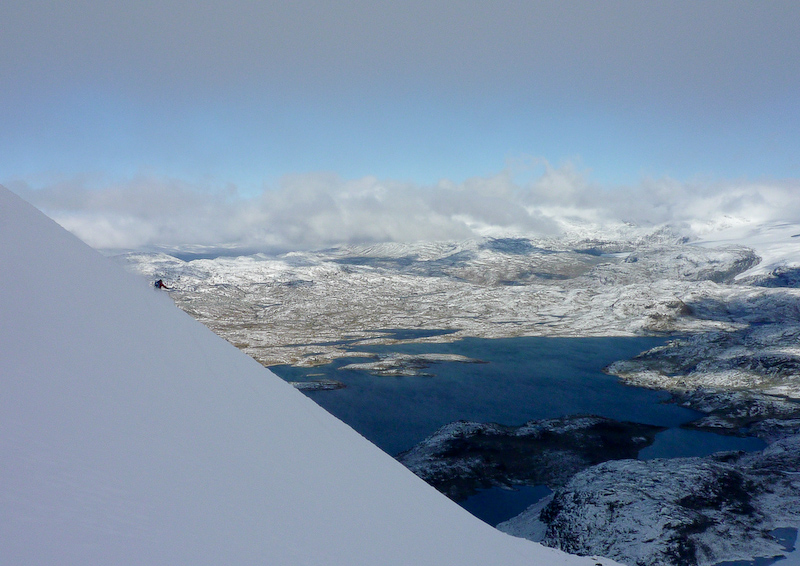 And then we decided to call it a day.

Me on the last section of glacier before the delightful, boot-banging scramble back to the car.

What a great first day out on the board for the new season. Nothing too heavy and perfect to blow away the cobwebs. I think we clocked something like 1100m vertical gain in the end. Nothing crazy but why would you on your first tour.