We’ve had the odd bit of new snow over the last few days but nothing more than a few centimetres. We don’t really need much more snow now to be honest. Things are shaping up nicely in the snowpack locally. It has been windy though, so there is a risk of some wind slab formations and we did see some evidence of that on this tour.

Luca, a friend from Chamonix, has come up for a few days to check out Norway and Lofoten for the first time. The weather has been more than a bit frustrating since his arrival and everything we have tried to do has ended up in complete white-out at the summit in strong winds and snow, hoping for a weather window.

We went up Stornappstind yesterday to ski the South Couloir. I skied this last year for the first time solo (here are more details on how to get there and specifics on the couloir.) 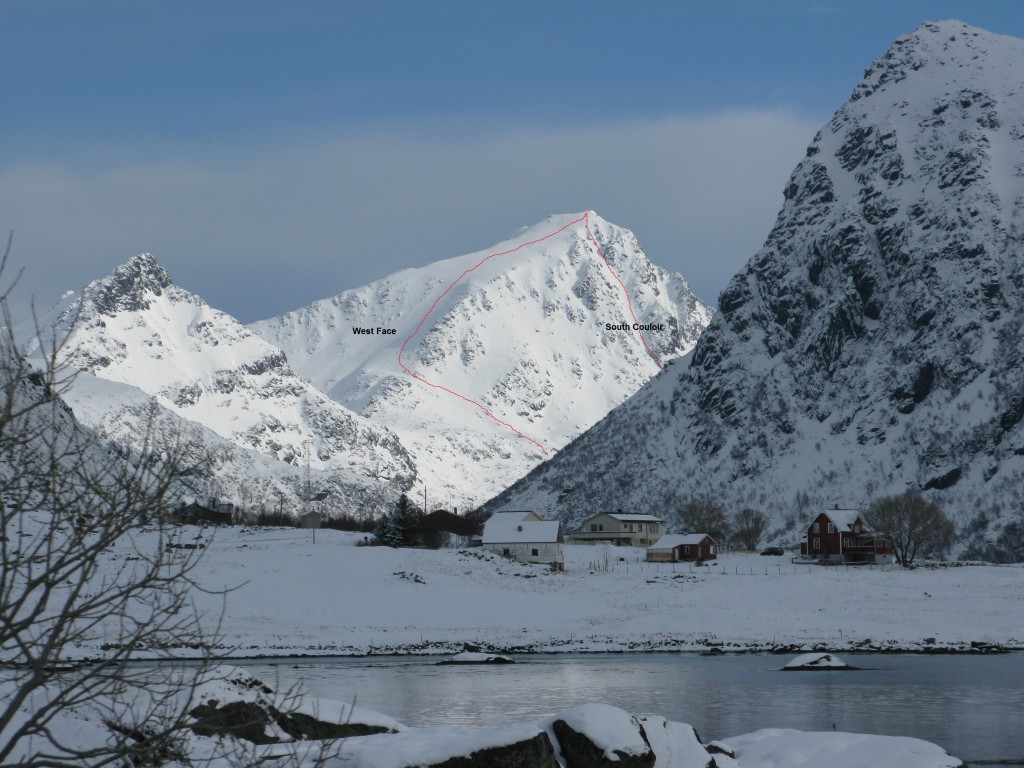 The weather had been shifting all day and it looked like nothing was going to happen. Hoping things had settled down a bit and would  improve, we went for it. Of course that never happened and we ended up waiting on the summit in a complete white out with strong winds and snow for about 1.5 hrs unsure if we had found the entrance to the couloir. Finally a window of sorts presented itself and we could see the entrance (indeed where we thought it was) and dropped in.

And well worth the wait it was too! The conditions in the couloir were fantastic. Really cohesive snow and things seemed to be really well bonded. You could ski it pretty fast.

Luca finally managed to get his first line. Let’s hope for a few more in the coming days. 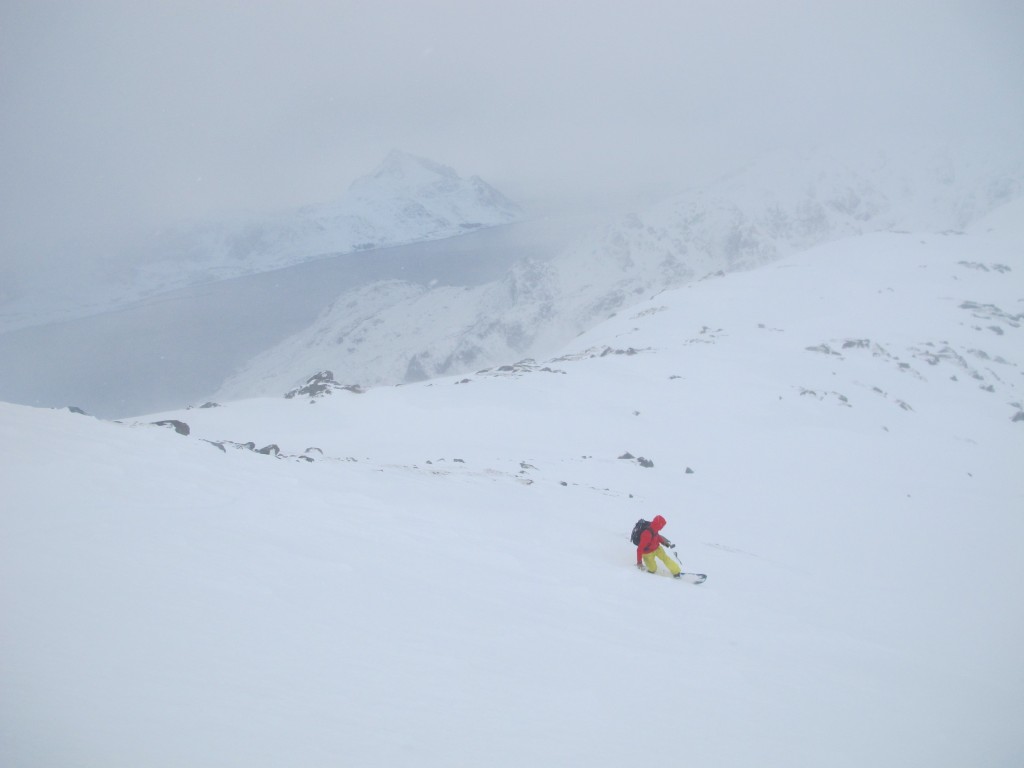 The couloir is protected from the current wind so there is no windslab. But as a result, it does have wind transported snow in there. I couldn’t see any signs of instability but it is something to bear in mind.