Revelstoke is no more……. Well, it’s still there but I’m not. Spring was well and truly on its way before we left, so we decided to leave early instead of sitting around and I am now in Chamonix again! Oh yeah. Great to be back even if the endless crowds were a bit of a shock compared to what we’ve been used to in Revelstoke and the endless experts on anything and everything to do with mountains. Shut up!!!

I’m lucky enough to be here for the next three weeks but have not been so lucky with the weather. A lot of weather instability and snow is going to mean taking chances when they present themselves (safely of course) over the next week.

And today was one such day! Not in Chamonix but over in the Chablais region of the Swiss Alps. My good friend Sebastien de Sainte Marie suggested skiing the 400m NE Couloir of Le Luisin. Never heard of it but sounded like a plan, so I took the train from Argentiere to les Marecottes. Great to see him and be back skiing with old touring partners.

We took the chair lift up (got to love the lift access in Europe ;)) which took us in sight of the couloir for the first time and the first col we would have to skin up. 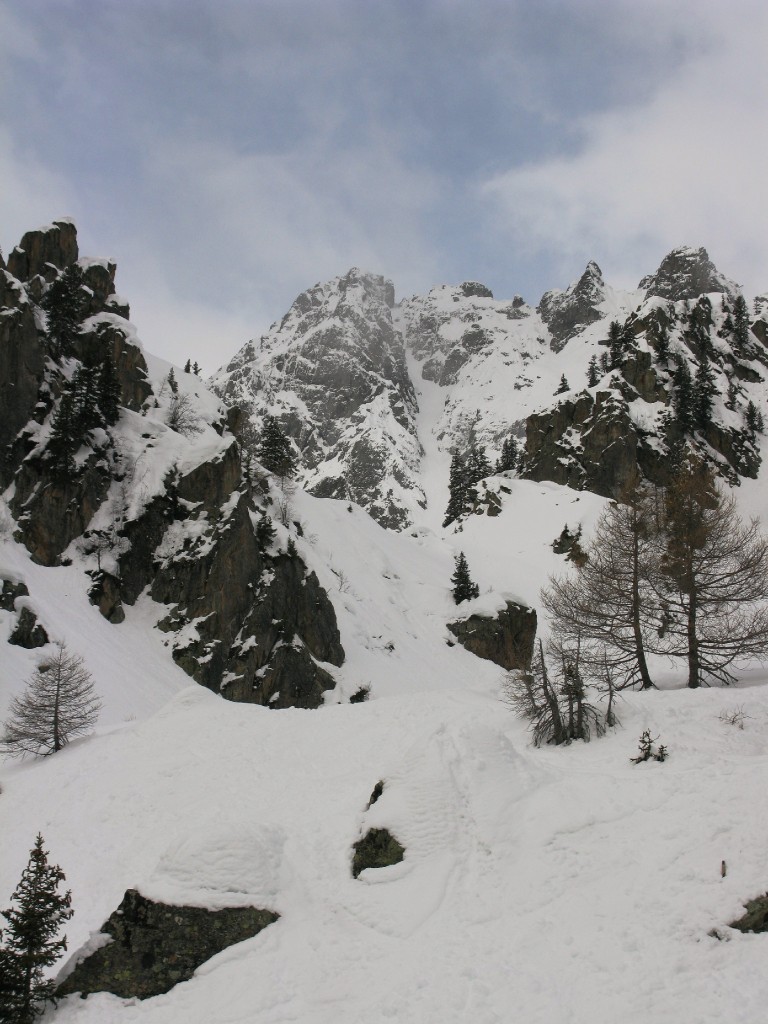 NE Couloir of le Luisin taken from the chair lift 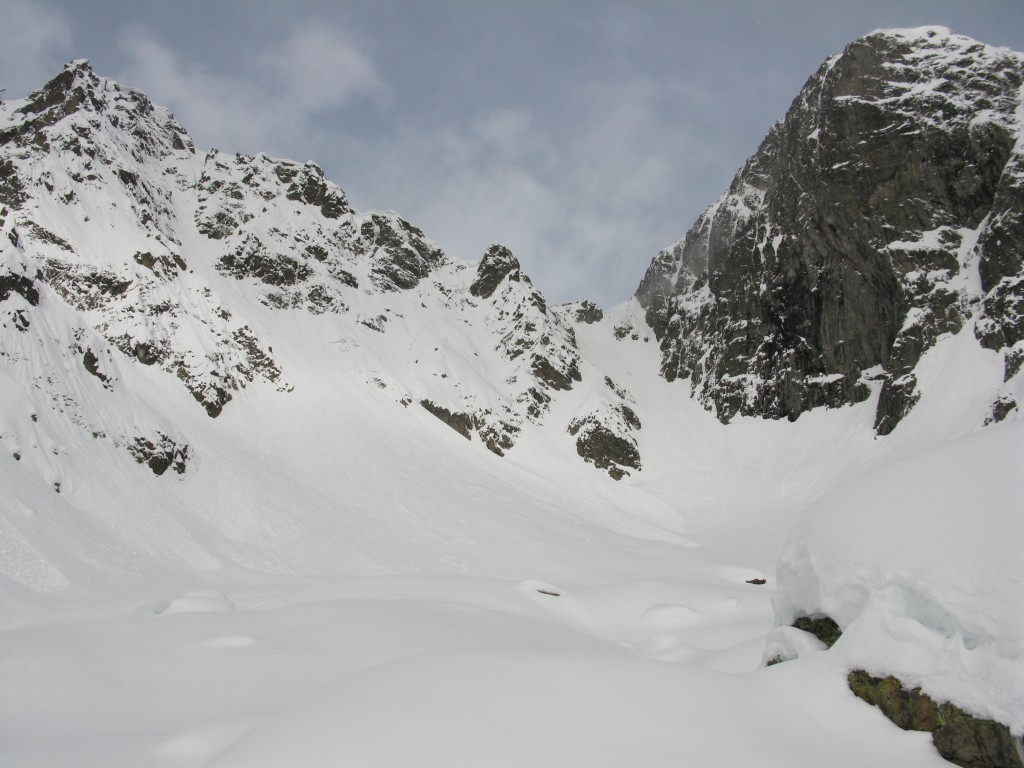 It didn’t take long before we were up the first col and descending down into the valley on the backside to skin back up and over to the Col D’Emaney. Good snow and a few nice turns. We were going to try a high traverse to avoid losing altitude but there was some big wind slab formations (I managed to release a small one on a convex roll with a crown 1.5m), so decided for the safe option and a longer skin. 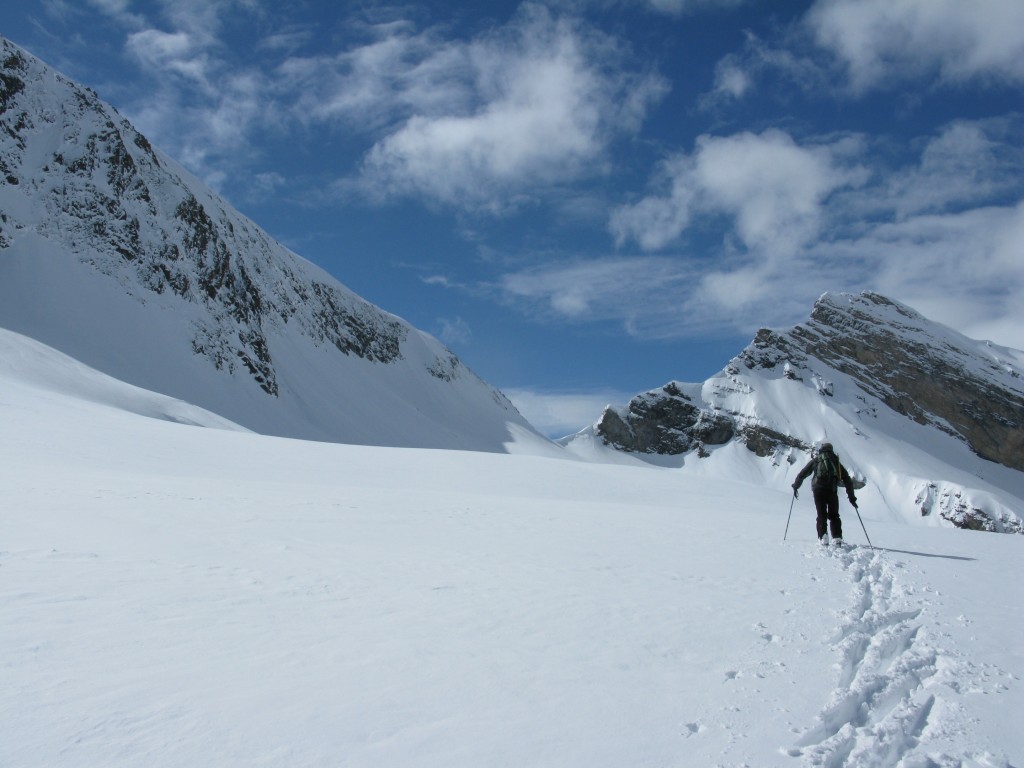 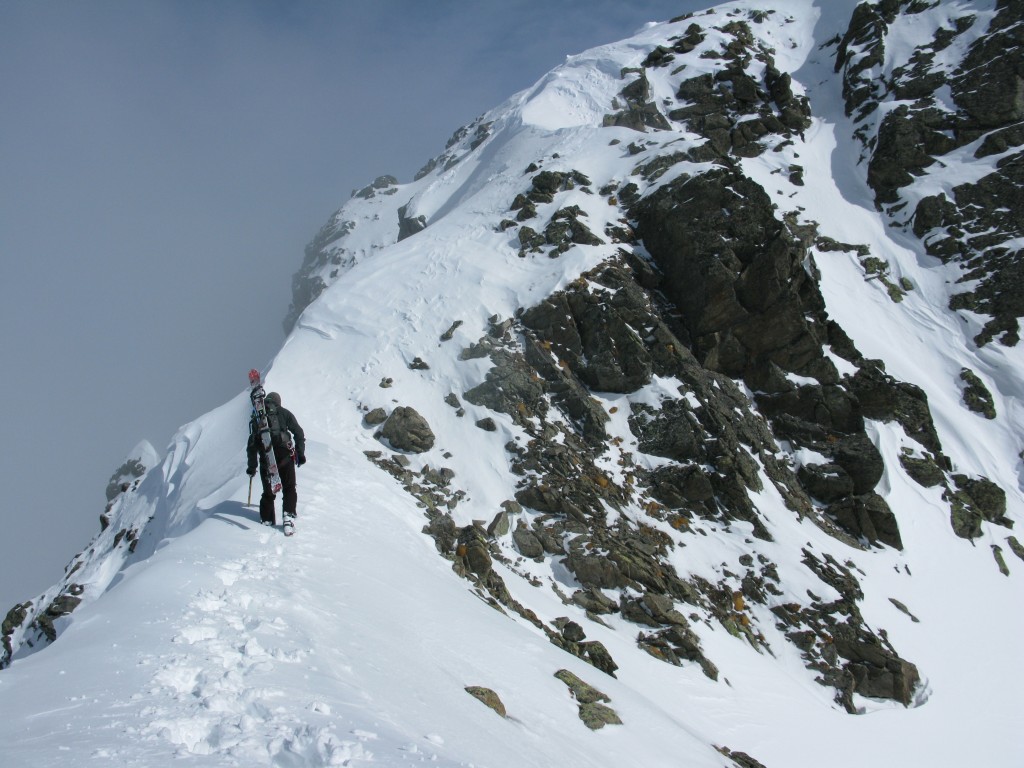 Seb near the summit 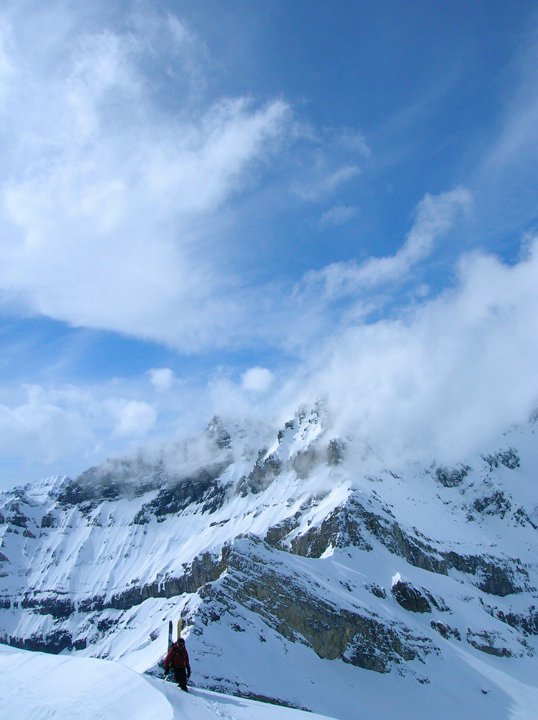 Me on the SW ridge of le Luisin. Courtesy of Seb de Sainte Marie

The mountains are stunning around here, offering amazing views. It was great to get a different perspective on Chamonix: 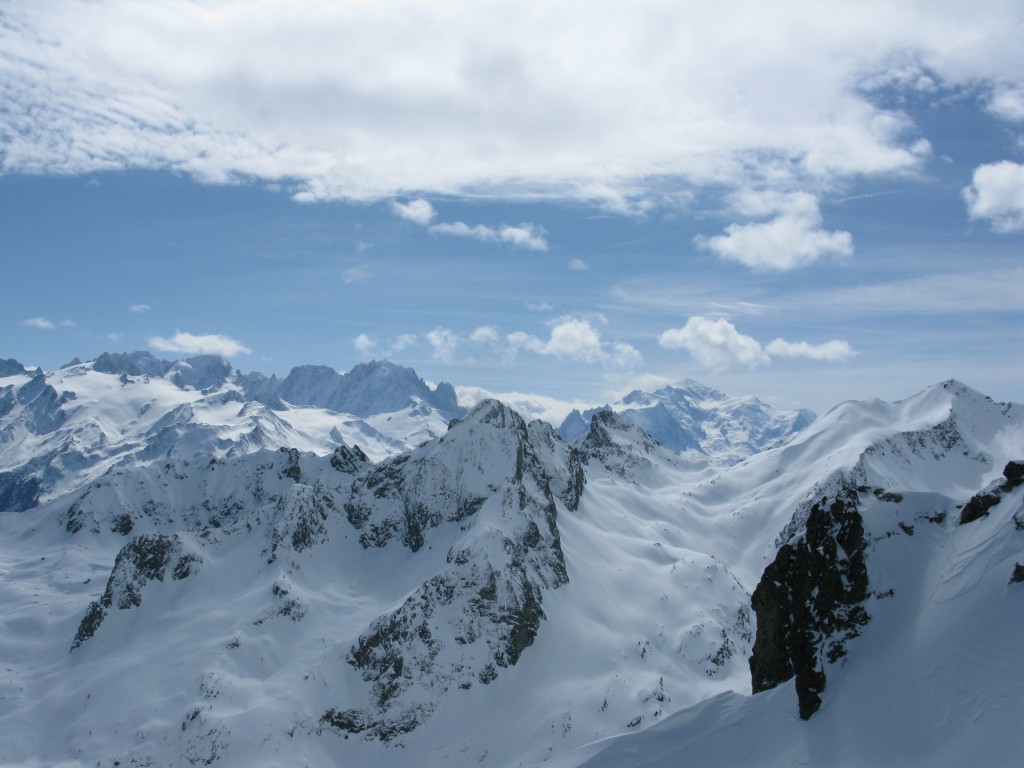 We finally made the summit and tried to find the entrance to the couloir which was not too obvious. We worked it out in the end and got the ropes ready for a rappel in. We had two ropes of 30m for the rappel but it would probably be better to have two lots of 40m. We just about made it with 30m but had to down climb another 5m or so. Really nice rappel in on an almost vertical wall. Great atmosphere. I love couloirs!! By the way, you know when you are on the summit; there’s a big Cross and a weather station.

Seb on the summit 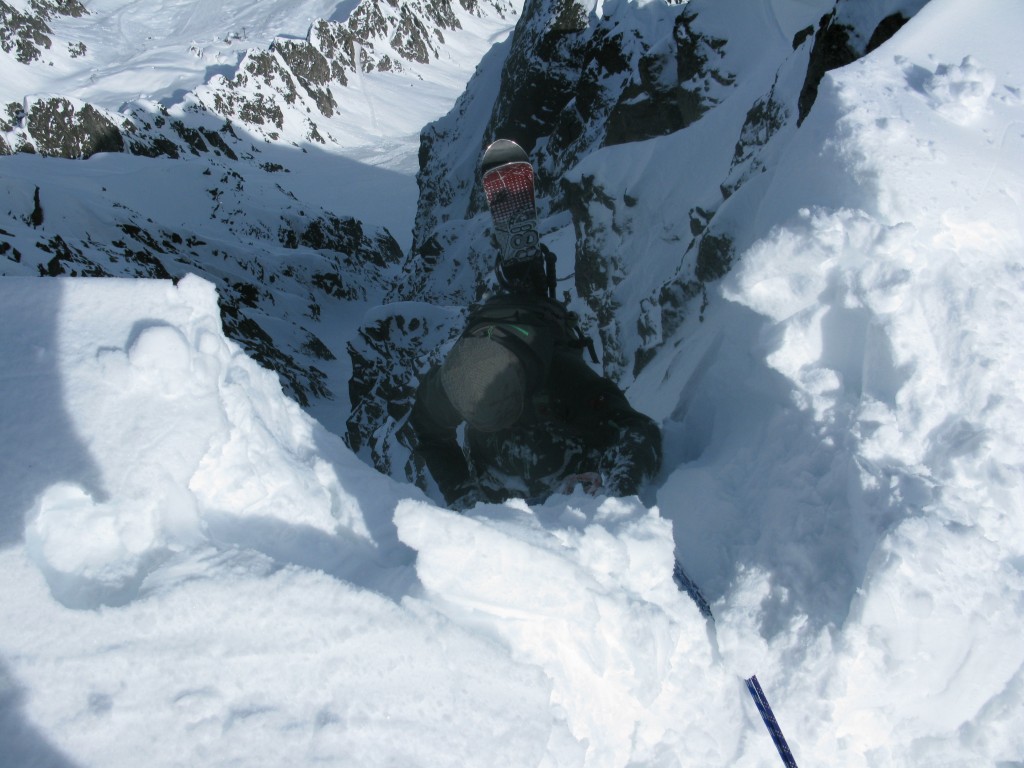 Seb rappeling into the couloir 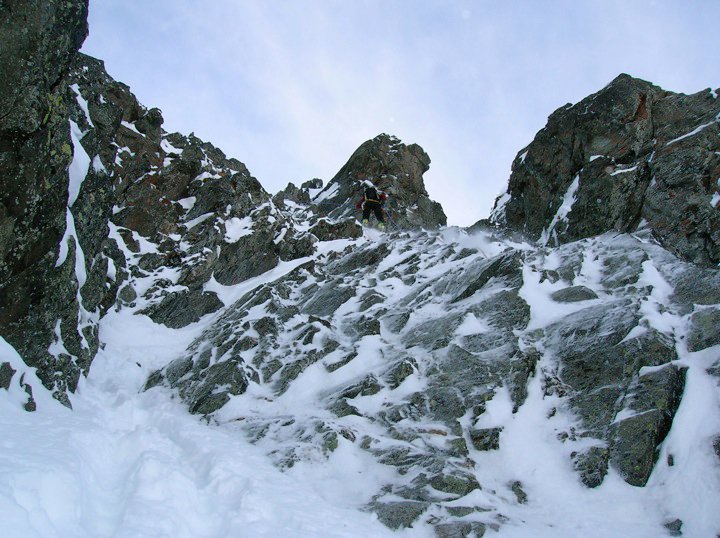 Me rappeling into the couloir. Courtesy of Seb de Sainte Marie

And then the fun begins…… The couloir is in the low 40′s and had some great snow in it in sections. A bit crusty in places but hey. Nice turns had by all and then home. 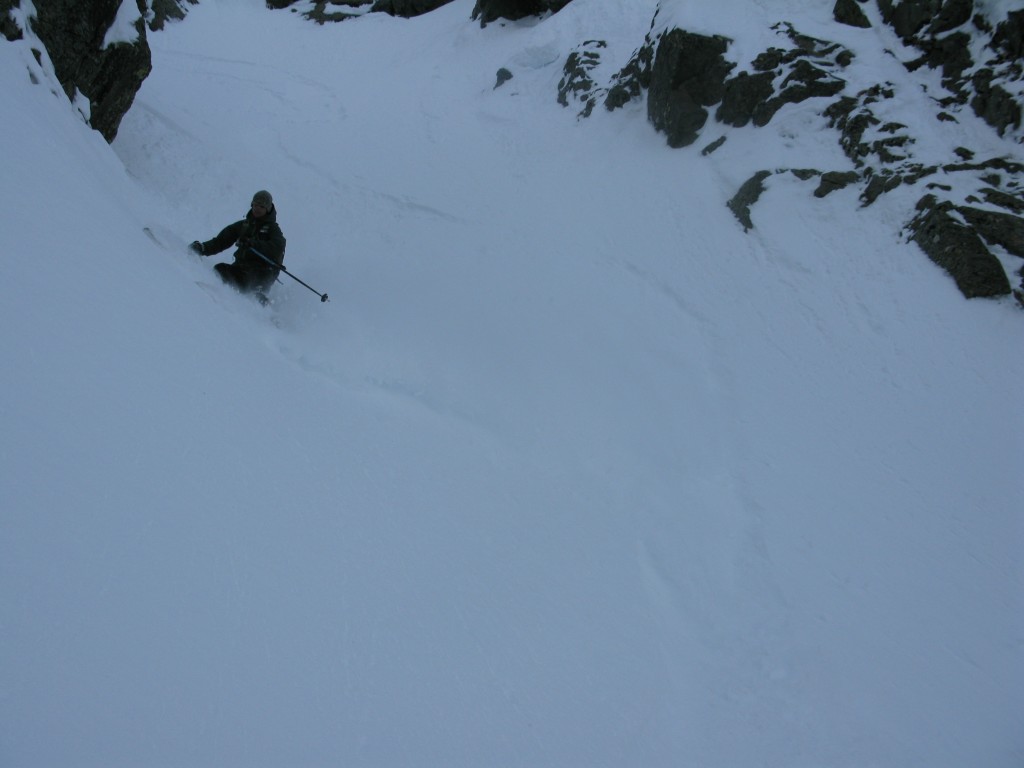 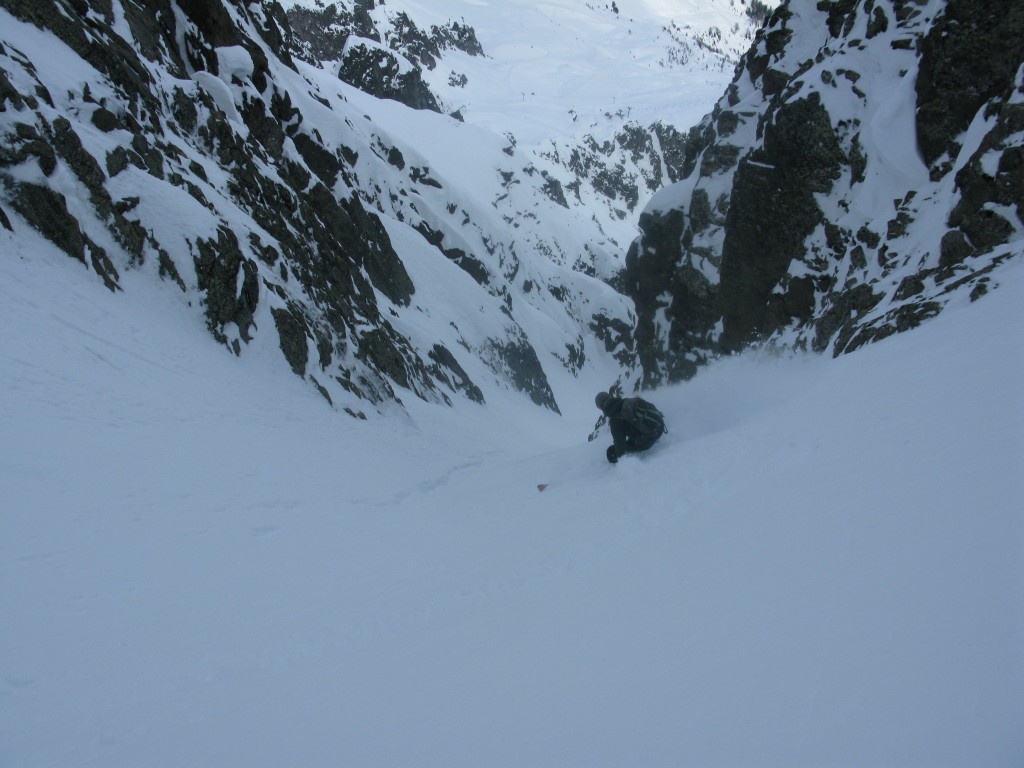 What we thought was going to be a quick tour turned out to be a lot longer. As a result we missed the last lift down and had to ski and then walk a lot of the way. The boot bang on my poor fragile toes was really enjoyable….. It probably took us around 7 hours from putting skins on at the Col de la Golette to hitting the trail down.

Highly recommended (but then I suppose it wouldn’t be on here if it wasn’t!)