Avalanche danger has been pretty bad for the last week or so with spring coming very early to Revelstoke and Rogers Pass. Freezing levels have been as high as 2000m at times and there’s been a handful of deaths (slednecks for the most part, I’m sad to say). So, me and my girlfriend thought we would go and check out the lay of the land after things had quietened down on some low angle terrain which is relatively safe. Balu Pass in the Connaught drainage is great for this and was a nice first easy tour since recovering from frost bite. 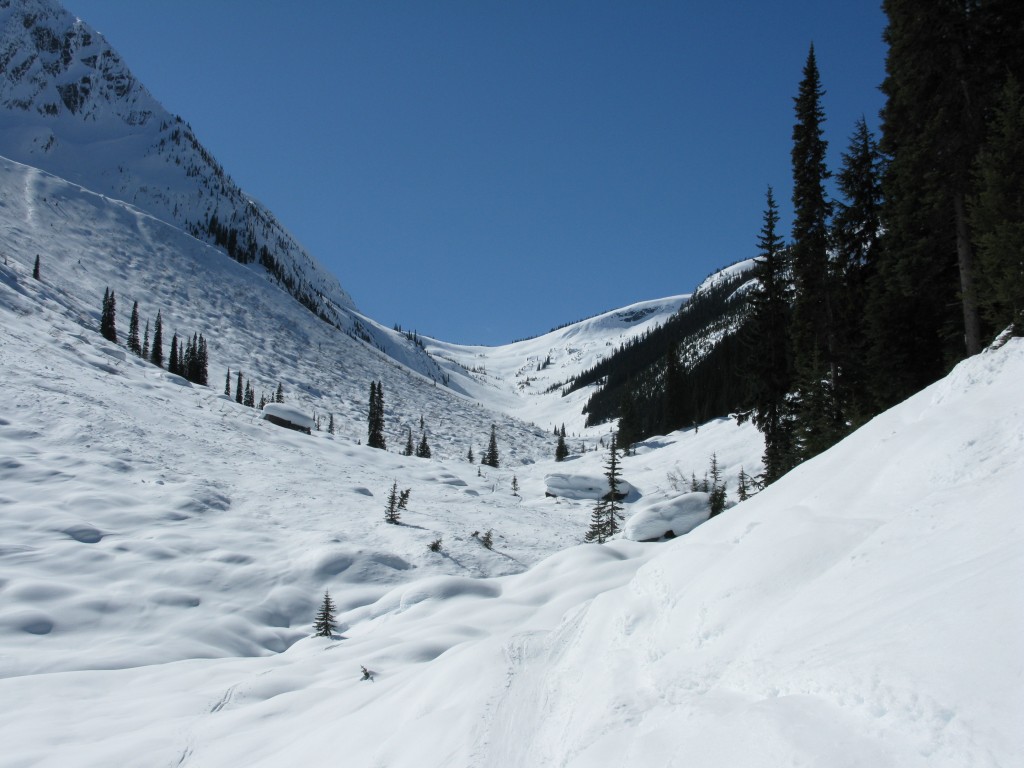 Although the tour is very low angle and short, it does take you through some potentially very big avalanche paths, so beware. On this occasion, something had ripped on pretty much all aspects, so things were pretty safe. The only aspect that wasn’t sun-baked and offered some nice fluffy turns was the East aspect which we were going to ski. Nice!! 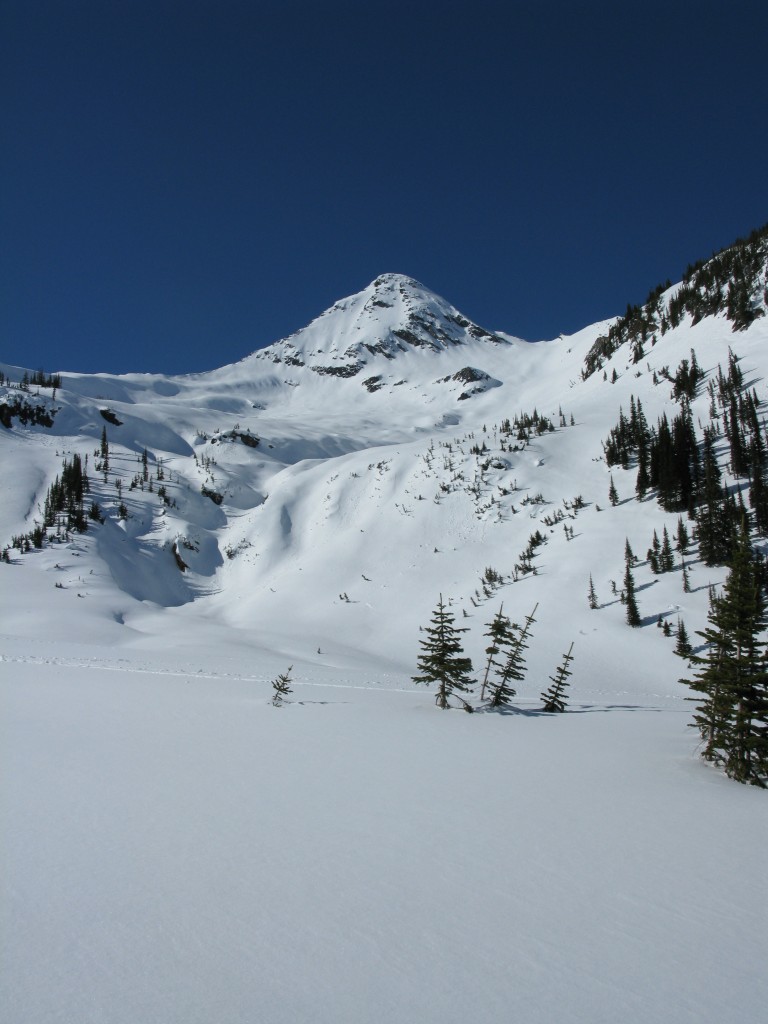 We left the car at 13.00 and were at the top of the pass for 15.40 to enjoy amazing views and get my first really good look at the drainage and beyond for the first time. The main reason for the post is to get some nice pictures on here for others to use for trip planning.

Balu Pass is the first of three cols in “The Three Cols Traverse” continuing on to the Cougar Pass and then onto the McGill Pass along the Bostock Creek and out at the Bostock car park. Sounds like a nice traverse and definitely one on the to do list. 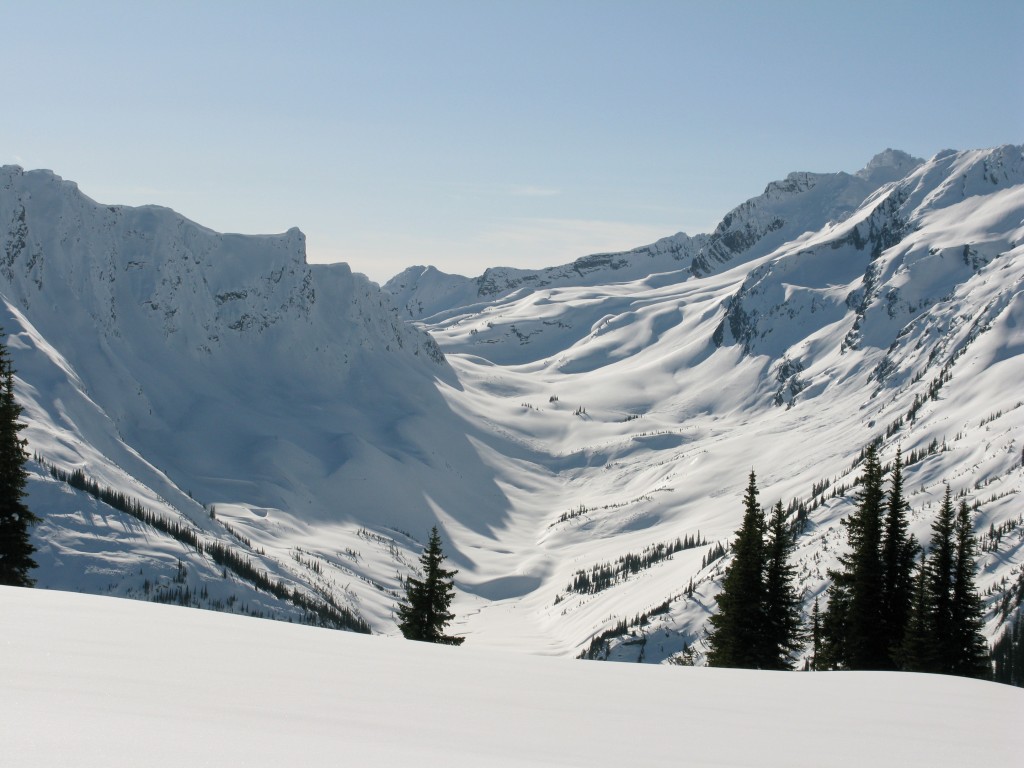