It’s been a long month of reading, watching the tele, pulling my hair out, watching the tele…. oh and reading since my toes got frost bitten. I’ve finally managed to get some boots back on, getting the toes punched for better circulation and investing in some boot warmers (I hear they are not supposed to be very manly…. Whatever!). First full day back on the hill yesterday. Tootsies are a bit sore but I think we are back on…..

Well, I did promise some more trips reports during my convalescence but the truth is, I didn’t really take any decent pictures while I was doing them (not having a blog in mind at the time), so I’ve scrounged around a bit and may be able to cobble a couple together to make this text a bit more interesting.

So, as already mentioned, I’ve been struggling for touring partners all season (the dangers of coming to a new place and not knowing anyone. Maybe I should have stayed in Chamonix……). I was checking out Greg Hill’s blog as I tend to do for good beta and saw that he’d been up Grizzly Mountain a few days previously. Conditions hadn’t changed much since his outing, so I felt good going up there on my own. I don’t know why but I love couloirs, so there was no other line for me than the couloir on the south face of this mountain.

You can actually get a good view of the couloir just before you pull into the Rogers Pass centre on your way from Revelstoke. 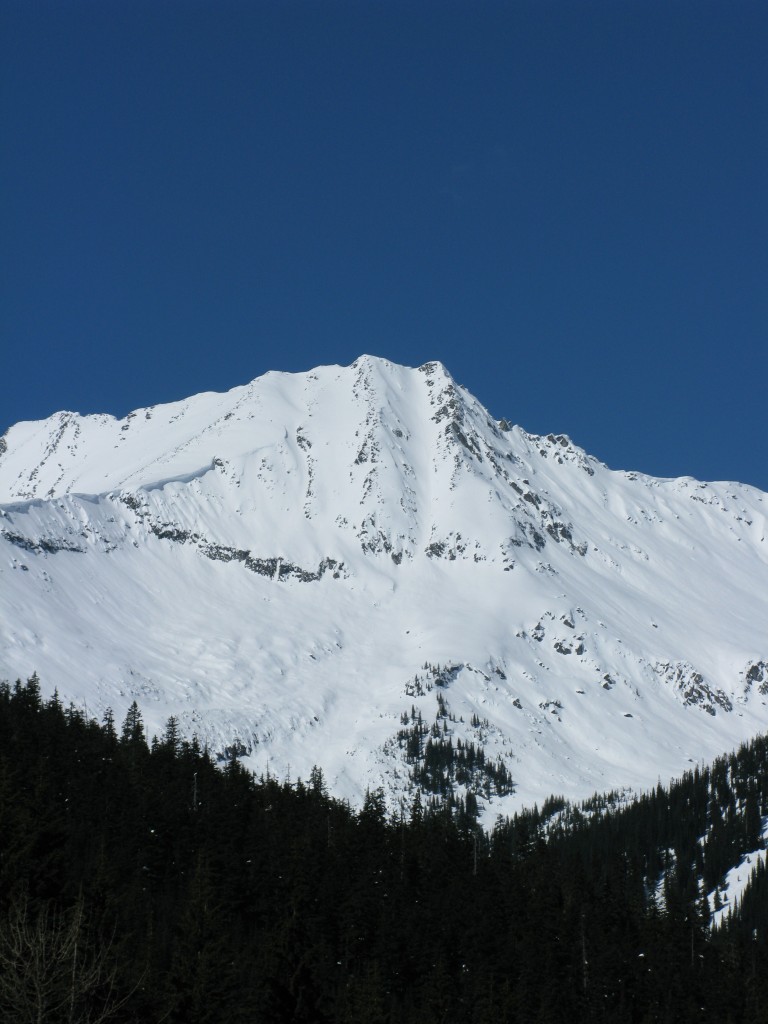 It’s straightforward to get to: from the Rogers Pass Centre into the Connaught Drainage following the beaten track over the bridge and then passed Grizzly Shoulder and the first avalanche run out from Grizzly bowl and then straight into the next set of trees (I think it’s called Teddy Bear Trees). This is the safest skin up with little exposure and once you pop out of the trees you are nicely set on the ridge to take you up to the summit. 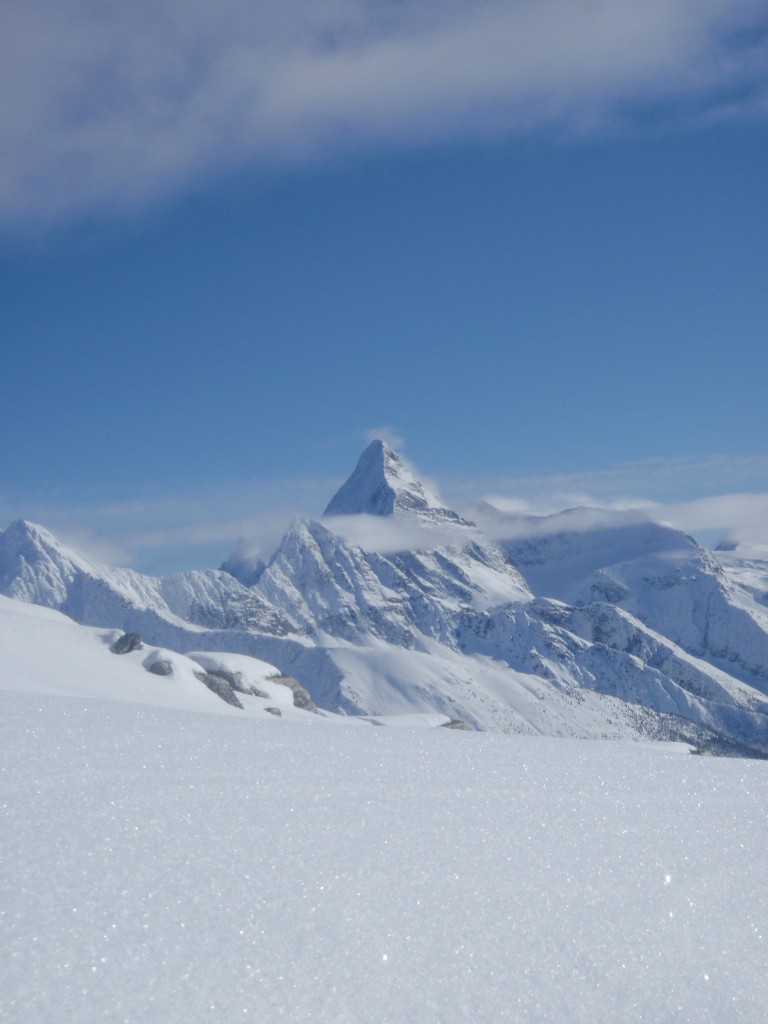 Sir Donald on the way up

It was a nice skin up and I was on the summit in reasonable time to enjoy a blue bird day. The entrance to the couloir was dipping in and out of wispy cloud, so I grabbed a window of better visibility to enter the couloir and saw Greg’s tracks. 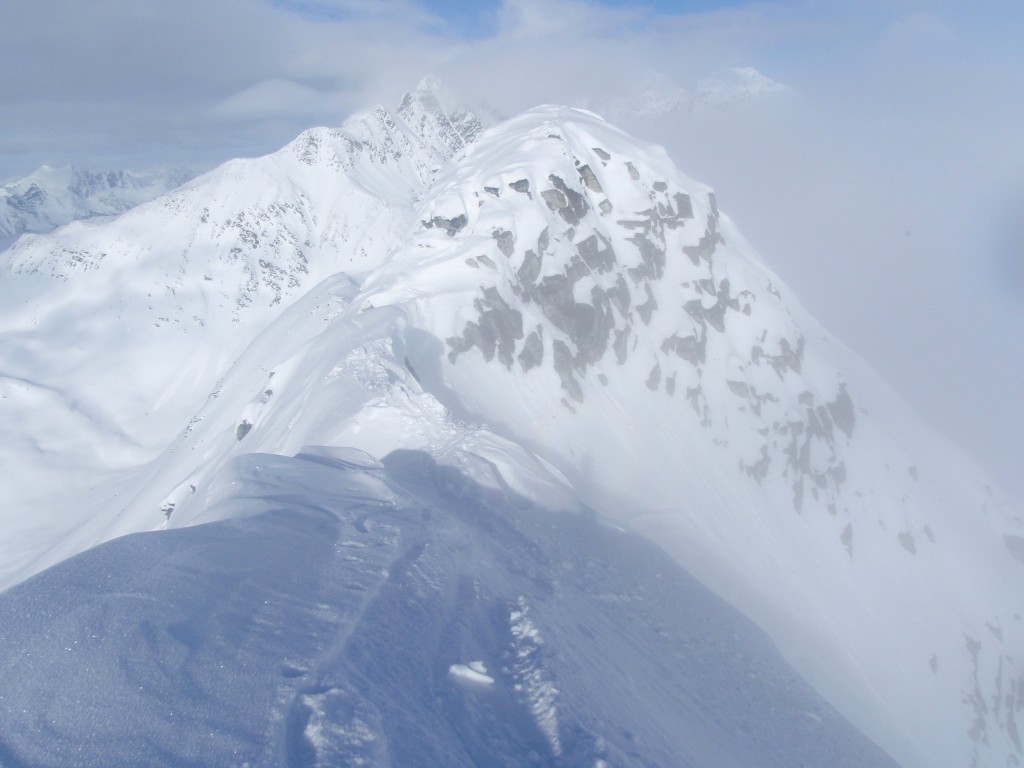 And that’s where the day became less pleasant. It was sun-baked and rutted from the few tracks that had already been down it. There were small pockets of powder to skier’s right where the sun hadn’t got to it but it was a pretty terrible, bone-jarring ride down! Oh well, at least I was getting fitter for the rest of the season….. (or so I thought!). I would love to ski this couloir in better condition. Barring conditions, it was a fantastic line.

So, some stats (4th tour of the season):